Home frontpage Kenya: It really is about dicks 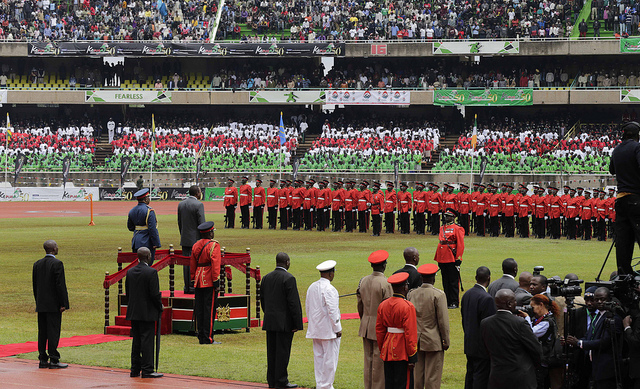 NAIROBI (HAN) April 19. 2016. Public Diplomacy & Regional Security News. by Nanjala Nyabola. I bet you never thought the day would come when you would log into this website and find so many articles about penises.

My claim is not that women’s rights matter more than any other political issue. My claim is that Kenyan politics and analysis is dominated by toxic masculinities.

Last month, I wrote an article on this platform on Kenya’s phallocentric public policy, inspired to a great extent by a front page newspaper article concerning Deputy President William Ruto’s comments on the state of Gideon Moi’s member.

Last week, my colleague and friend, Ngala Chome responded with an article of his own saying “it’s not just about dicks”. Inasmuch as I agree with the overall observations Ngala makes – yes, women are not the only marginalised group in Kenya, class is a major issue in Kenya etc. – I fear he might have missed the point my article was trying to make.

First, and quite simply, the point of using a feminist methodology to analyse Kenya’s public sphere is not to say that issues affecting women are the only issues affecting Kenyans. Rather, the point is to trigger a conversation about how patriarchal analytical frames and tools necessarily mis-order the hierarchy of issues that the average Kenyan faces.

Saying that land and ethnicity are not the biggest problems facing Kenyans is not the same as saying land and ethnicity are not problems facing Kenyans. It is saying that our obsession with these two things clouds our ability to have a meaningful conversations on the issues facing most Kenyans by privileging the interests of elites and those who study them over the real interests of the population.

Chome himself gives examples that substantiate this counterargument. Consider street children or street families. They don’t own land and most live in invented families based on convenience, access, protection networks and pretty much anything but the kinship ties or common origin myths that make up clans and eventually ethnic groups. This example in fact speaks to the point I made about how ethnicity isn’t a problem on a day-to-day level for most Kenyans in the way that analyses that are focused on masculinised formal politics set out.

This was the point of shifting the referent object: to say that the standards against which we discuss normal political behaviour in Kenya are necessarily skewed to privilege the interests or approaches of elite men over those of everyone else. The fact the Deputy President feels empowered to discuss the state of another man’s penis in front of a crowd – the same Deputy President who wants to criminalise homosexuality – speaks volumes about the political space given to interests of elite men.

This leads to the second point. My argument was not literal. Of course it’s not just about dicks. It’s about the toxic masculinity that gives the phallus its political potency: much like the snake telling Adam that he is naked, toxic masculinity gives the politician in a patriarchal system a framework from which all other issues flow. The phallus is the phenomenon: the toxic masculinity is the episteme that determines why it matters. It’s about erecting a fixed point against which political viability can be ascertained in a society in which ethnicity is constructed, class is fluid, and age is no guarantee of permanence. The phallus becomes a physical and somewhat absolute way of pinning power down. Grace Musila writes very eloquently and extensively about this in her academic work on the issue, arguing in summary that it is a physical manifestation of the mapping of a power dynamics.

Basically the dicks are a physical manifestation of the ego-driven masculinities that decides political eligibility, viability or candidacy. Regardless of how smart, talented, accomplished, or connected you are, your value as a political entity in Kenya is ultimately measured in relation to your proximity to a suitable penis. If you have one, is it suitably mutilated? If you don’t have one, are you married to one? In either case, did your gene pool flow from a suitably qualified one?

This would be the same whether one was a street child or the daughter of the president, which suggests a primacy that is worth investigating. For the academic who would study Kenya, this doesn’t mean that other factors don’t matter. Rather it says that any political analysis that is methodologically unable to see this as a key factor is partial and skewed.

Finally, even presuming that I was making a purely literal argument – assuming that I really was just talking about dicks – it is important to reiterate that gender isn’t simply about women or women’s rights issues. It’s about how constructed gender identities intersect in the public sphere, whose experiences are taken as the default, and the impact that has on how we see and solve problems. When women claim space in political discourse, it doesn’t mean that we do not see problems that affect both men and women. It means what is taken as the default experience is not universal and we would like more nuances acknowledged.

Conversations about gender are about both masculinities and femininities, and zooming in on toxic masculinities invites us to look beyond simply including women in poisonous narratives. What exists and is taken as the default in Kenyan political discourse simply does not see women – not as political actors, nor as analysts of political situations. It assumes that having a women’s representative position in parliament or having a gender chapter in a book about Kenyan politics covers the bases as far as thinking about gender is concerned. This approach makes women’s claims the problem rather than the toxic masculinities that exclude anyone who is not an elite man from the political sphere.

We need new frameworks. We need new ways of thinking about Kenyan politics that have more utility because they are more representative of our lived realities. A feminist methodology can be this new framework. It highlights the many silences embedded in the prevailing discourse. A feminist methodology allows us to democratise the study of Kenya, include a diversity of perspectives in our analysis, and climb down from exclusionary, elite level analyses.

Of course it’s not just about dicks. But it’s about dicks in more ways than Chome acknowledges, and we can’t evolve past phallocracies without acknowledging that far too much of Kenya’s contemporary politics is determined by them.

Nanjala Nyabola is a Kenyan writer, humanitarian advocate and political analyst, currently based in Nairobi, Kenya. Follow her on twitter at @Nanjala1.