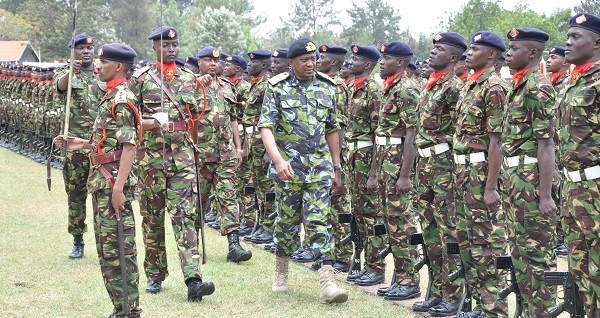 Investigators are also examining how KDF communication equipment was jammed hours before the deadly attack.

Sources at Department of Defence said the investigators are trying to establish the last communication between commanders of the SNA and KDF hours before the mayhem.

Investigators have questioned what action the Somali Government took on the SNA commanders manning the camp when the attack happened.

In his updates on the attack, the Chief of Kenya Defence Forces General Samson Mwathethe has confirmed that the communication centre was one of the attackers’ key targets.

Following the deadly invasion, troops in El Adde were unable to call for immediate reinforcement and air support from 19 camps spread in Somalia and the National Command Centre in Nairobi.

In the wake of news that there could have been a security breach exposing the camp to militants, KDF has done a tactical re-positioning.

Several observers believe the attack will alter relationships between Kenya and Somalia and could result in hostility with fears of retaliation targeting Al Shabaab strongholds.

Meanwhile, medical experts from the military are working round the clock conducting DNA tests to establish identity of the fallen soldiers whose bodies have been brought home.

Those still missing include the camp commander, a major and his deputy who was a captain.

And in Somalia, KDF soldiers are being portrayed by some Somali MPs as an occupying force despite having liberated 120 towns from the Al Shabaab.

The Gedo region had experienced hostility from the Marehan community who have been protesting that KDF is friendly to Ahmed-Madobe wing.

The new details emerged when the investigation board visited the El Adde camp to assess the aftermath of the attack in which ammunition and vehicles were looted. Sources within KDF disclosed that one of the tough puzzles investigators are trying to piece together is why did the Somali side desert their camp before the attack without sharing the intelligence.