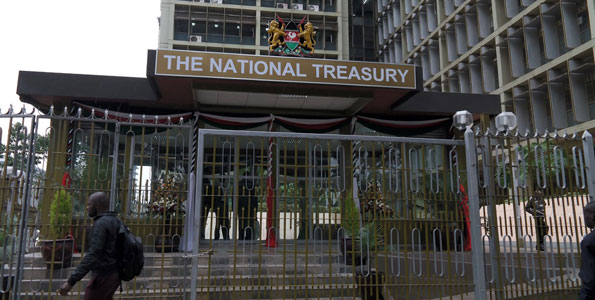 The East African nation issued its debut Eurobond in 2014, borrowing a total of $2.75 billion in an initial issue and a subsequent tap sale.

Henry Rotich said a meeting with investors in London about a month ago had shown there was appetite for more issuance.

“The meeting went very well. We could see very clearly they are very keen to continue engaging with African issuers,” he told Reuters on the sidelines of the World Economic Forum on Africa in the Rwandan capital Kigali.

Asked if that meant Kenya would return to the Eurobond market, he said: “We have stated that before and we are still on that path”. He offered no further details.

He dismissed investor worries over a proposal by the Treasury to set a higher budget deficit for the fiscal year starting in July.

The Treasury said in a budget document that the deficit, which will be firmed up in June, could be as high as 9.3 percent, up from 7.9 percent this year.

“It should not be a major concern,” Rotich said, adding that the 2016/17 gap might well end up at a narrower target of 6.9 percent.