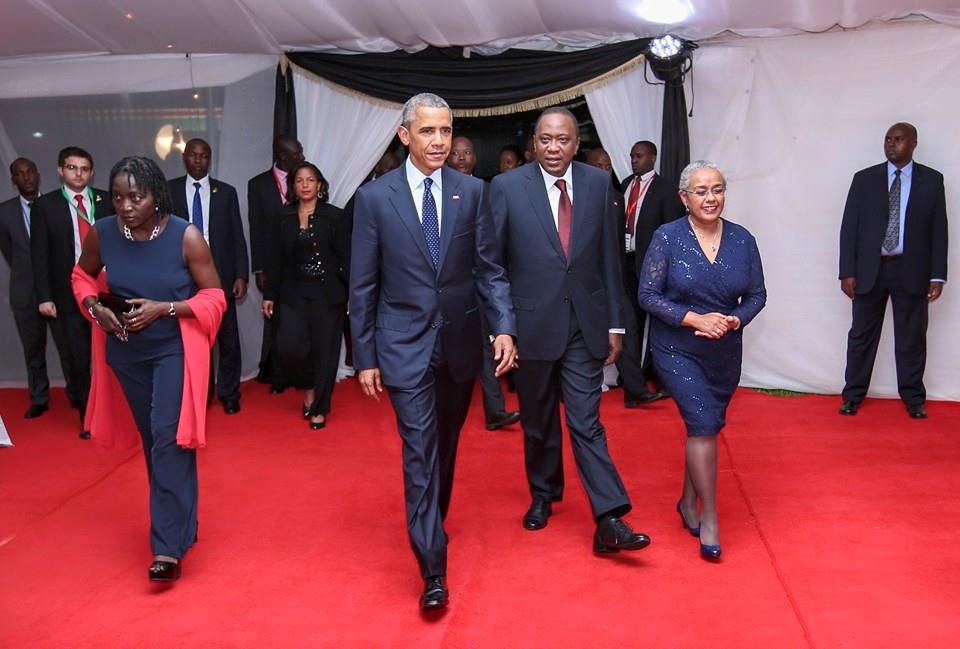 Nairobi (HAN) July 27, 2015 – Public Diplomacy and Regional Security Initiative News – A key Western ally in the battle against the spread of militant Islam out of Somalia, Kenya’s security agencies receive training and equipment from the US, Britain and Israel. Yet over the past two years the country has suffered a series of major attacks by Somali Islamist group Al-Shabaab, including a massacre in April of 148 people at a university near the Somali border. The violence has hurt Kenya’s tourism industry, vital to its economy, and has piled pressure on Kenyatta to improve security. “The fight against terror will be central. We have been working in very close co-operation with US agencies,” Kenyatta said, without elaborating.

Obama’s visit to his father’s homeland to co-host the Global Entrepreneurship Summit with Kenyatta, has been touted by Kenya as global recognition of economic strides made in the past decade. Kenyatta said he wanted more US companies to work with Kenyan firms in the energy and health sectors, as well as on infrastructure development. Establishing direct flights between Kenya and the US would be on the agenda of the visit as the lack of such a link was hurting business and tourism, Kenyatta said. He hoped Obama’s visit would help Kenya obtain the US regulatory status required for direct flights there.

US officials have previously cited concerns about security measures at Nairobi’s main airport as the reason the US regulator has not allowed direct flights to Kenya.

“We have systematically reduced the territory that Al-Shabaab controls, we have been able to decrease their effective control within Somalia and have weakened those networks operating here in East Africa. But that doesn’t mean the problem is solved,” he said.

Obama Met YALI and Civil society At Kenyatta University, Faiza Abdi Ali who’s representing Sisters without Borders
Speaking with Obama about women’s empowerment In Kenya, she discussed about the state of education In North Eastern Kenya. ‘’I learned a lesson from her Said Obama’’

Kenya’s national airline has sparked a major security breach after it published the arrival and departure times for the
President’s visit in Air Force One, according to a report. An official from Kenya Airways sent an email with the expected times for the presidential plane’s visit to Nairobi later this week, Fox News reported.

The White House never publishes the 40 to 50-minute window in which Air Force One lands or takes off. The email, sent on 13 July to aviation officials around Kenya’s two major airports, also gave dates and times for the closure of the airports, the report said. Recipients included staff, aircraft operators and even flight schools at Wilson Airport in Nairobi. It read:

“Jomo Kenyatta and Wilson will be closed as follows. This corresponds to the expected arrival and departure time for President Obama.”

The US State Department has issued a travel alert to Kenya and has warned that the summit Barack Obama is set to attend this week on entrepreneurship is a likely terrorist target. It reads:

“There is the opportunity for criminal elements to target participants and other visitors. “

Large-scale public events such as this summit can also be a terror target. US citizens should maintain a high level of security awareness.” Mr Obama is expected to talk about the threat of extremism during his visit to the country where his father was born.

Watch the full video at www.whitehouse.gov for clear audio!