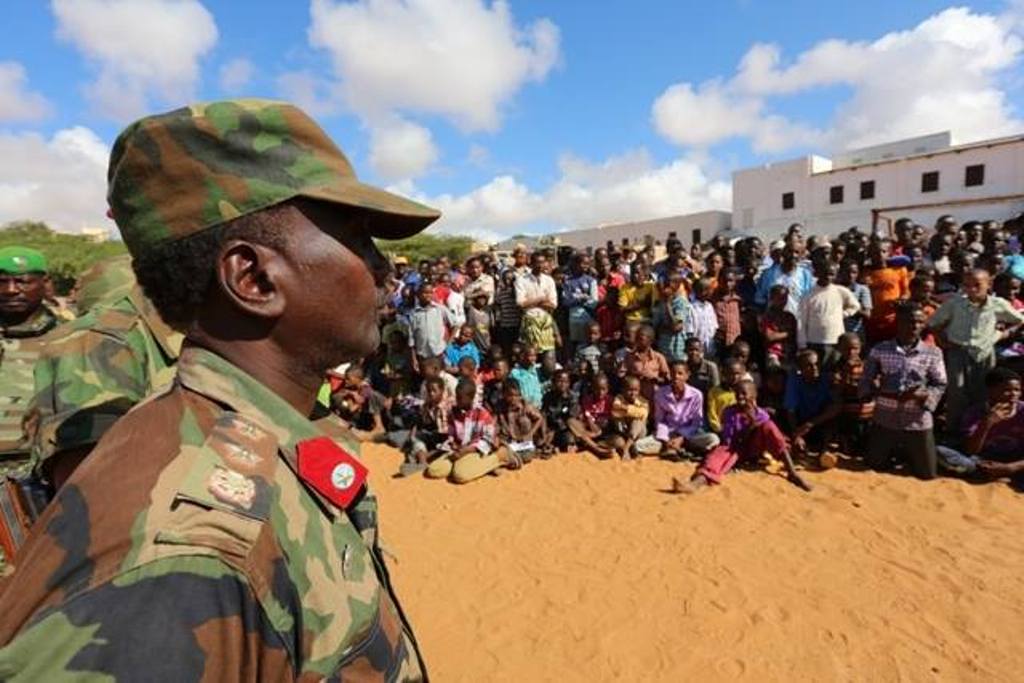 Nairobi (HAN) October 16, 2014 – Public diplomacy,  National safety and Security News.  The federal Somali Minister of health Ali Mohamed Mohamoud  dismissed reports that troops from the Ebola-hit West African states of Sierra Leone and others will be deployed in Somalia, he added that it had an earlier agreement with the African union mission not to bring troops from West African countries reeling under the deadly virus that has so far killed thousands of people in Africa.

“We had met with AMISOM on this issue before and agreed not to bring troops from Ebola-hit countries,” Mr. Ali Hared told Hiiraan Online by phone from Mogadishu. “I don’t think even AMISOM itself will entertain the idea of bringing soldiers from west Africa.”

International news agencies have reported on Tuesday that Sierra Leone has isolated 800 troops headed for Somalia after one of the soldiers tested positive for EBOLA.

The Sierra Leonean government denied that the sick soldier had contact with other soldiers.

“As a ministry of health, my responsibility is to make sure the health and wellbeing of the Somali people” said Mr. Ali Hared.

But the very news that troops from Sierra Leone, a country affected by the virus along with Liberia and much of the west African region, could be deployed has sent shivers down the spines of Somalis across the world.

As a country riven by war for more than two decades, Somalia is ill prepared to tackle a disease such as the deadly Ebola.

The federal Somali Minister of health Ali Mohamed Mohamoud said the issue is of a regional health concern are threat to the safety and security of the IGAD countries as well,  because if the disease is found in any country in the region it will definitely affect others as the IGAD regions.
Photo: The Somali troops led by Col. Hassan Askari (Somali Canadian) begun their advance on the port in Lower Shabelle September in “operation Indian Ocean”, which aimed to cut Al-Shabaab’s main supply routes. The Somali forces easily captured many towns and villages along the way, including Barawe.