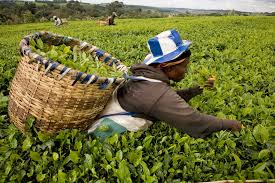 NAIROBI (HAN) March 8 ,2016. Public Diplomacy & Regional Security News. By Duncan Miriri. Kenya should pay more attention to its key economic sectors and take steps to raise its savings rate to boost the quality of its economic growth, the World Bank said on Tuesday.

The East African nation’s government expects the economy to grow about 6 percent this year, faring better than others on the continent. But it is still struggling with volatile growth, slow job creation and a big part of the population being left out of the benefits of economic expansion.

“Taken as a whole, the past decade’s economic performance can be described as remarkable by Kenyan standards, but in a broader perspective it is not even close to stellar,” the World Bank said in a new report on the Kenyan economy.

The country relied on the services sector, with 72 percent of the increase in economic output between 2006 and 2013 being driven by services like mobile telephony and financial services.

Agriculture, which accounts for a quarter of output, and manufacturing, which has the capacity to create much-needed jobs, grew at a slower pace in the period, the World Bank said.

“The economy has also struggled to develop the deep public-private networks of regulation, facilitation, skills and infrastructure, which advanced manufacturing economies need,” it said.

It noted that growth had stabilised since 2012, after macro shocks in 2011, and due to a peaceful electoral cycle in 2013.

“Reducing volatility is primarily a question of domestic policies,” the report said.

It urged the country to boost its savings rate in order to create a pool for domestic funds to be invested internally.

Finance Minister Henry Rotich said low interest rates offered by banks for deposits could be one of the reasons for the low savings, adding the government was investing in job creation and health services.

“Growth is important but we need to maintain it and of course make it inclusive,” he said during the launch of the World Bank’s report in a Nairobi hotel.