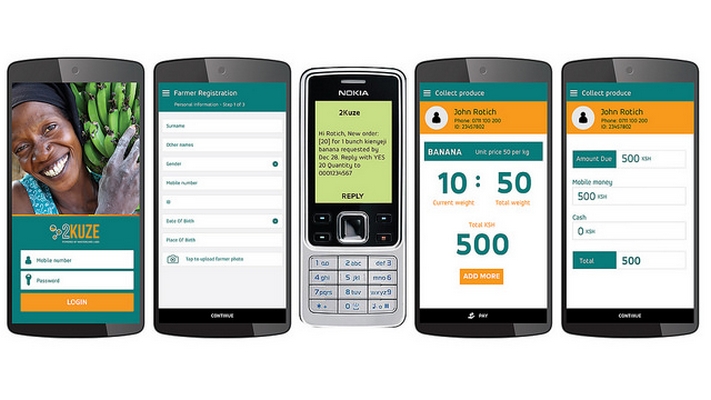 Smallholder farmers in East Africa are set to benefit from a new mobile phone application system that connects the growers to traders, buyers and banks.

Though the system does not eliminate middlemen, who have been known to swindle farmers, it hopes to improve transparency by allowing the growers to track the prices and movement of their agricultural goods using unique Quick Response (QR) codes.

According to Khalila Salim, the strategic partnerships leader at MasterCard Lab for Financial Inclusion – the platform developers – the firm is seeking to help farmers eliminate cartels within the agricultural supply chain that has seen many African smallholder producers lose out.

Giving an example of Tanzanian potato farmers, Ms Salim said lack of market knowledge has seen traders buy the tubers at very low prices and then sell them across the border, making a handsome profit.

“We want farmers to come together and pull resources, even take a group loan and start their own transport. This way you start breaking the cartels,” she said.

In Kenya, MasterCard says the 2KUZE platform is already in use with about 2,000 farmers trading on it.

The firm plans to roll out the system in Tanzania and Uganda next month and in June respectively.

“We have identified pyrethrum and tea farmers too (in Tanzania) and are in discussion with the avocado industry to have them use our platform,” Ms Salim said.

She said the firm is in talks with Uganda’s financial institutions and “will be working with (them) to demystifying agency banking to the farmers.”

2KUZE, is however, not the first digital platform for the agricultural market in East Africa. Others include the G-Soko by the East African Grain Council, mAgri in Kenya, e-soko in Rwanda, among others.

MasterCard’s division president for sub-Saharan Africa, Daniel Monehin, says the firm hopes to use mobile technology, which is ubiquitous among farmers in Africa, to improve financial access by “bring in operational efficiency and facilitate faster payments.”