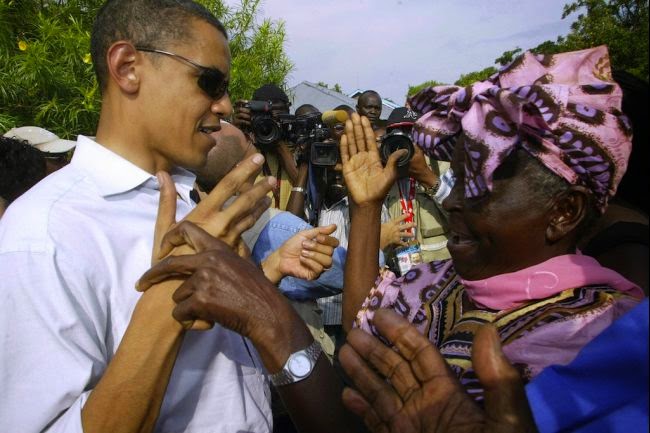 Nairobi (HAN) July 7, 2015 – Public Diplomacy and Regional Safari Initiative News – Grand Mama Sarah Obama the Grand Mother of U.S. President Barack Obama Jr. endorsed the Safari Initiative, for  the first US President ever to visit Kenya. The Presidency, Foreign Affairs and Tourism ministries, and security agencies top the list of State departments that have received millions of the Obama-visit funds. Kenyatta International Convention Centre (KICC), an agency under the Tourism ministry and host of the Global Entrepreneurship Summit (GES) has been allocated millions for refurbishment and security enhancement..

Meanwhile, Elmore 1st traveled to Kenya in 1990 to promote his film “The Contemporary Gladiator.” While on Safari in Kenya during an over night stay at Massai Mara plains in Kenya, Elmore was touched by a spiritual revelation via his African Ancestors. sources-on May 28, 2013 for regional Obama visit 2015.