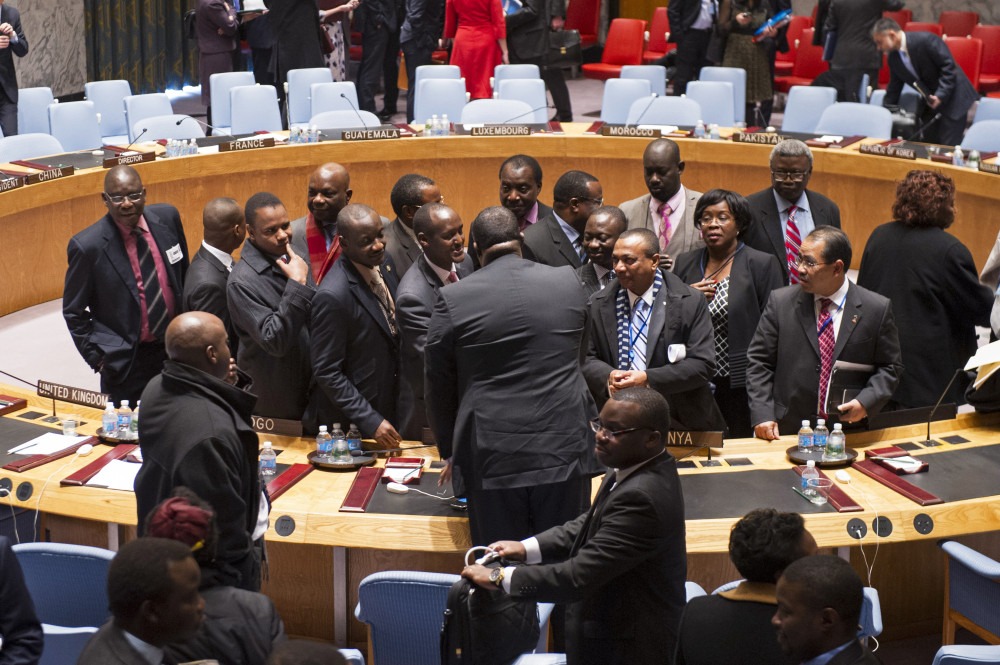 Nairobi  (HAN) October 26, 2015 – Public Diplomacy and Regional Security and stability Initiatives News. Kenya is lobbying Africa’s International Criminal Court (ICC) member states to present a united position against application of a rule on admission of prior recorded testimony in the trial of Deputy President William Ruto during next month’s Assembly of State Parties (ASP) meeting.

In August, ICC judges trying Mr Ruto and his co-accused Joshua arap Sang pulled a fast one on Kenya by using the amended rule to re-introduce prior-recorded testimony of witnesses who have either disappeared or recanted.

In a briefing to AU ambassadors in New York on Friday, Kenya’s Permanent Mission to the UN asked African states to specifically adopt certain arguments as their own understanding of certain controversial issues slated to be hotly contested at the Assembly of State Parties.

Kenya argues that the rule, which was amended in 2013, was not supposed to be applied retrospectively. Top on the issues Kenya is interested in is achieving unanimity at ASP is the matter of amended Rule 68 of the Rules of Procedure and Evidence.

“In particular, Kenya requests the African states take the following actions, at and during the assembly meeting; in their statements restate the understanding of the assembly that the amended Rule 68 was not to be applied retrospectively or to the detriment of the accused,” Kenya says in an appeal to AU peers.

Kenya also wants her peers to “speak on and support Kenya’s request for the inclusion of an agenda item dealing with the impact on the effectiveness and efficiency of the court following the amendments to the Rules of Procedures and Evidence done in 2013”.

Coaching notes In the “coaching” notes obtained by The Standard, Kenya also wants AU members to the ASP to lobby the ASP President “to remind the prosecutor of the court of the need for respect of the legislative authority and oversight role of the assembly as provided for in the Rome Statute.”

Kenya says African states need to support and speak on the requests by South Africa on application of Articles 97 and 98 and the one by Kenya on amendment of Rule 68 to be included in the agenda of the ASP. “Africa needs to come up with common positions on the different agenda items. To this end our experts need to meet urgently and come up with these positions, to the largest extent possible. Kindly note that this does not mean unanimity on the items, though this is the most desirable,” the notes read.

Kenya informs her peers that she has written four diplomatic notes to the President of the ASP on Kenya’s complaints on application of amended Rule 68. Kenya also informs the other states that Kenyan MPs have written to the UN Security Council seeking deferral of the Kenyan cases.

The Standard has also established that Kenya has championed the formation of a new continental committee to help it force concessions on the Kenyan and Sudan cases at the ICC and UNSC.