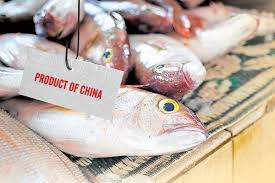 Kenya has lifted a ban on fish imports following a biting shortage after President Uhuru Kenyatta’s directive against Chinese catch that had flooded the market.

The ban was lifted in January, barely three months after the restrictions took effect in November.

Mr Kenyatta, in ordering the ban, had said it was inappropriate to bring in the fish when local sources could well satisfy the demand.

“We were forced to lift the ban to ease the shortage after a huge consignment of fish got stuck at the port, impacting negatively on local supplies,” said an official at the Fisheries Department who is not allowed to speak on the matter.

Kenya imports approximately 1.8 million kilogramme of fish every month. It produces about 135,000 tonnes annual against an annual demand of 500,000 tonnes.

Most factories that import fish cite unreliable supply from the local market, which affects their customers.

“Most locally farmed or wild caught tilapia is sold into the market as whole fish. All our product is sourced from reputable suppliers, and is inspected both pre-shipment and on arrival as required by the Kenya Bureau of Standards, and all licences and standards are complied with,” said the firm in a statement.