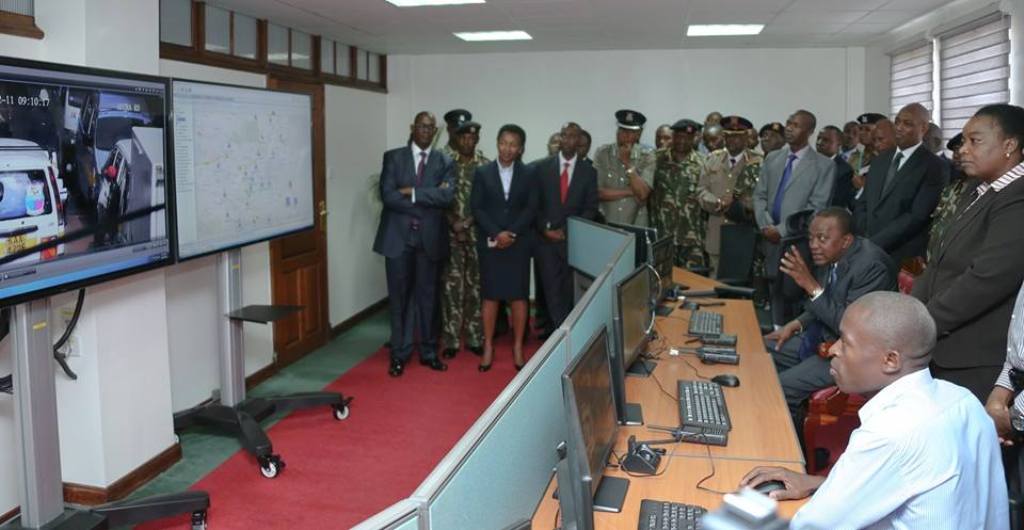 Nairobi (HAN) December 14, 2014. PRESS RELEASE and international human rights law news.  Kenyan lawmakers should reject far-reaching new security amendments that would add new criminal offenses with harsh penalties, limit the rights of arrested and accused people, and restrict freedoms of expression and assembly, Human Rights Watch and Amnesty International said today.
On December 11, 2014, the Parliamentary Committee on National Security and Administration sent to the parliament the Security Laws (Amendment) Bill, 2014. The bill contains a wide array of amendments to 21 laws and could be adopted by parliament in the coming days.

The proposals follow two attacks on civilians in Mandera county, which borders Somalia, for which the militant Islamist Somali-based group Al-Shabaab claimed responsibility. On November 21, attackers stopped a Nairobi-bound bus and killed 28 passengers who could not recite an Islamic creed. On December 1, Al-Shabaab fighters raided a quarry in Mandera and killed 36 people, again apparently discriminating among people there on the basis of religion.

Kenya’s security forces have been long criticized for their violations of human rights. The Anti-Terrorism Police Unit (ATPU), in particular, has been linked to enforced disappearances and extrajudicial killings in the context of counter-terrorism operations and operations aimed at Al-Shabaab.

On December 8, Al Jazeera aired a report in which anonymous members of the ATPU were interviewed saying they had participated in the extrajudicial killing and forced disappearance of suspects. Kenyan authorities have not evidently investigated these allegations or made any serious efforts to hold those responsible to account.

Kenya has faced increased attacks targeting civilians since October 2011, when its troops entered Somalia in the context of military operations against Al-Shabaab. The response of the Kenyan security forces to these attacks has been to conduct operations that have resulted in numerous human rights violations in Nairobi, on the coast, and in the North Eastern province bordering Somalia.

Meanwhile, authorities overseeing police and security have stalled in carrying out reforms to improve oversight and accountability for abuses, which the government promised in 2010, following the adoption of a new constitution.

The police vetting process was stopped in July following a series of Al-Shabaab attacks in Lamu and Tana River. The government of President Uhuru Kenyatta has also passed laws this year that weaken accountability and oversight mechanisms such as the National Police Service Commission (NPSC) and the Independent Policing Oversight Authority (IPOA).

Human rights organizations, including the constitutional Kenya National Commission on Human Rights, opposition party lawmakers, and the IPOA have objected to the hasty way the bill was introduced. Supporters have sought an exception to standard procedures to accelerate the bill’s passage.

Kenya’s constitution requires a referendum before any new law that limits rights protected under chapter four of the constitution can be adopted. But no referendum was proposed for this bill. The bill was offered for parliamentary debate within hours, leaving no time for public scrutiny and comment. The bill’s amendments have also been described as “minor,” which exempts it from lengthy procedures and scrutiny that would have been required had it been introduced as a substantive bill.

“The cumulative effect of the amendments could return Kenya to the police state of the 1980s and 90s, and nullify recent progress on protecting human rights,” said Muthoni Wanyeki, regional director for East Africa, the Horn, and the Great Lakes at Amnesty International. “Parliament needs to reject these amendments, stand behind Kenya’s constitution, and pass measures aimed at making police and the military more effective and accountable.”

Expanded Powers, New Offenses
Articles 62 through 66 of the bill amending the National Intelligence Security Act broaden the powers of security officials to arrest and detain people and could violate due process rights. The bill expands the powers of the National Intelligence Service (NIS) to stop and detain suspects, search and seize private property, and monitor communications without a court warrant.

The bill seeks to significantly expand the powers of intelligence officers. Such powers had been withdrawn in the 1990s after the then-Special Branch, now the NIS, was accused of the torture of political activists and of detaining them for several years without trial.

Article 62 authorizes NIS officers to “do anything necessary to preserve national security” and to detain people even on suspicion of “engaging in any act or thing or being in possession of anything which poses a threat to national security.”

Other amendments that propose alarming changes to current legislation include:

Several other provisions introduce new, broadly defined offenses that could be used against people who associate, knowingly or not, with terrorist suspects, the organizations said.

For example, article 72, section 9(a), on “facilitation of terrorist acts” punishes “a person who advocates, glorifies, advises, incites, or facilitates” acts of terrorism. This language could be used against the lawyers of suspects, some Kenyan lawyers fear, or to limit speech. The offense is punishable with up to 20 years in prison.

Article 73, section 12(a)(2), creates a presumption that the “unlawful possession of improvised explosive devices, assault rifles, rockets propelled grenades or grenades shall be presumed to be for terrorist purposes” – placing the burden on the defendant to prove they were not using the weapon for terrorist purposes. The law provides punishment of up to 20 years in prison for anyone who uses a weapon for purposes of terrorism in committing an offense.

The bill also would amend Kenya’s refugee laws, including article 58, which would cap the number of refugees in Kenya at 150,000 and compel refugees and their families to stay only in designated camps while their applications for asylum are processed.

Restrictions on Speech, Media
The security bill includes provisions that would make it harder to expose and criticize violations by security forces, the groups said.

Article 75, section 30(a) of the bill would punish with up to 14 years in prison anyone who “publishes or utters a statement that is likely to be understood as directly or indirectly encouraging or inducing another person to commit or prepare to commit an act of terrorism.” This overly broad provision could be interpreted to apply to social media or any other public forum.

The bill expands the understanding of “radicalization” to possibly include activism, with article 73, section 12(d), describing “a person who adopts or promotes an extreme belief system for the purpose of facilitating ideologically based violence to advance political, religious and social change.” The unclear language could be interpreted to prosecute political and human rights activists, with sentences of up to 30 years.

Article 75, sections 30(f)(1) and (2), also broadly prohibit broadcasting any information likely to undermine investigations or security operations without police authorization and prohibits publishing or broadcasting photographs of victims of a terrorist attack without police consent.

Restrictions on Assembly and Association
The security bill would limit basic rights to freedom of assembly and association with vague provisions subject to abuse, the groups said. The proposals create even greater concern considering the current hostility toward nongovernmental organizations working on governance and human rights in Kenya.

Article 4 would authorize the cabinet secretary for interior, a presidential appointee, to decide when and where public meetings can be held. Kenya has a history of retaining executive control over public gatherings that was used to restrict freedom of peaceful assembly during the Moi government.

The bill in article 107 would amend the Public Benefits Organizations (PBOs) Act, 2013, giving full discretion to the authority responsible for registration of organizations to classify organizations and, in consultation with the cabinet secretary, to review the classification. Sources: HRW