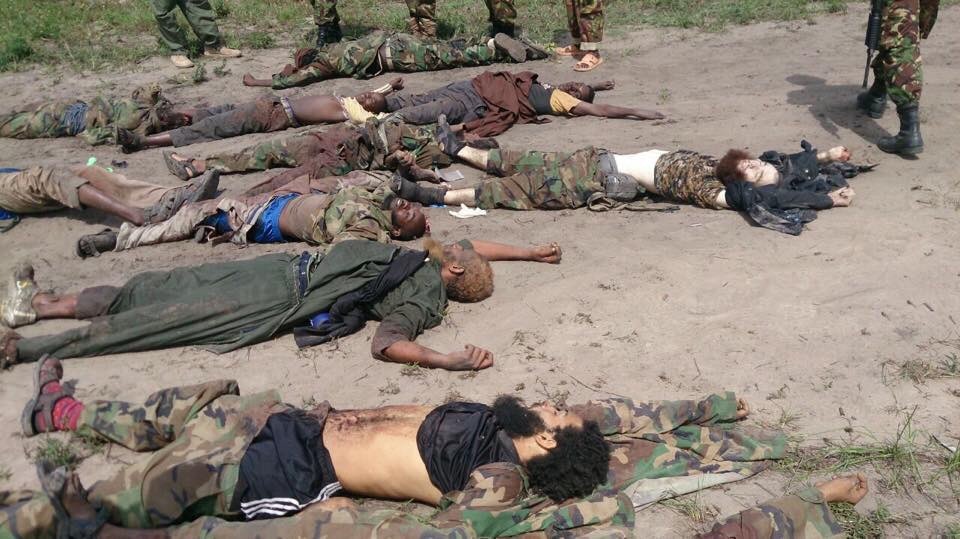 Nairobi (HAN) June 26, 2016 – Intelligence and National Security News: A real military intelligence video showing the foiled attack on the Baure military camp in Lamu County last week, in which 11 Al-Shabaab fighters and two Kenya Defence Forces (KDF) soldiers died, has emerged. The footage was extracted from a video camera from British jihadist Thomas Evans, who was also killed during the raid, according to security forces. At the beginning of the video, the militants are heard whispering a prayer as they approach an area where armored military vehicles are parked, before they are met with a barrage of bullets.

Uhuru Said “They had managed to enter into Kenya, but through intelligence  sources infiltrated Al-Shabaab cells, caught up with them as they tried to enter Lamu military base”

The British jihadist, who changed his name to Abdul Hakim, is believed to have dropped the camera as he was felled by the bullets from KDF soldiers at 5.45am. The video captures a total of 32 seconds between the time the first bullet was fired to the time the camera stopped recording. Before the gunfight at the military base, the film also captured a group of militants, including Evans, in a bush clearing, embracing each other and chanting, probably as they prepare for the attack. The dozens of armed militants seem to have just gathered, and they do not seem bothered by anything. In the clip, which was first aired by ITVNews, Evans is seen moving close to the camera lens, waving his hand and smiling at the camera.