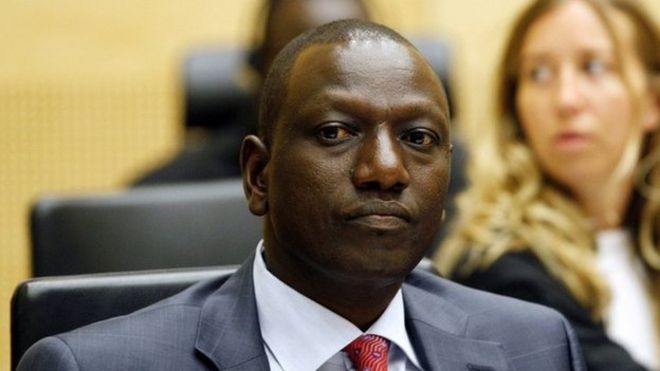 Nairobi (HAN) October 11, 2015 – Public Diplomacy and Regional News. By Nancy Agutu ODM has been asked to tell the public whether it wants the DP absolved of ICC charges or to complicate the case in connection to its campaign for the 2017 poll.

JAP vice chairman David Murathe say they do not wish to be pulled into the “nonsense of idlers and busybodies who have nothing to offer Kenya”, as they are working on fulfilling pledges.

“Unfortunately for them, our unity in Jubilee is not only growing stronger, but is also attracting more partners to help deal them the final political blow to oblivion in 2017,” Murathe said.

He said ODM believes it can get “traction by dragging the name of President Uhuru Kenyatta into their murky scheme” of seeking to divide the Jubilee coalition.

In a statement on Friday, Murathe said the concern is not who framed Ruto, but if ODM would like his case dropped, like Uhuru’s was for lack of credible witnesses.

“Who does not know that the case against DP William Ruto has all but collapsed to the extent that the prosecutor is seeking to use recanted evidence?” he posed.

Nominated MP Oburu Oginga earlier said he is willing to be an ICC witness for the DP’s defense team as “I personally believe Ruto is innocent”.

Oginga, who is Cord leader Raila Odinga’s brother, said; “We were with him [the DP] on a daily basis until the deal by former President Mwai Kibaki was signed.”

He said Ruto was with the ODM team in Nairobi during the chaos and could only have been framed by their opponents in PNU.

Speaking during a press conference at Capitol Hill, Nairobi county, on Friday, he said party leaders “believe this nation needs to be set free and only the truth shall set us free”.

The leaders gave 10 reasons why they believe Uhuru ‘fixed’ Ruto at the international court, as Raila claimed. TheStar