Home Ethiopia Ethiopia: It’s the ‘Political Capital’ of Africa, But How Much of a... 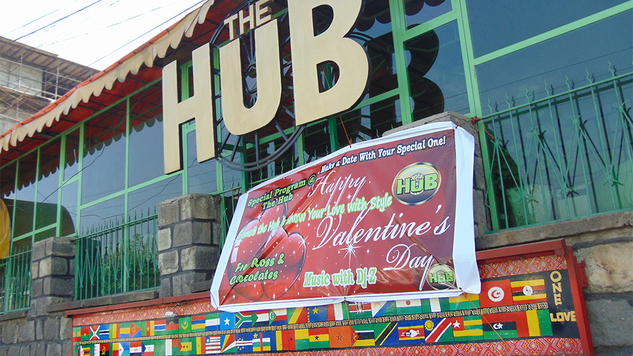 NAIROBI (HAN) February 15, 2016 – Public Diplomacy and Regional Stability Initiatives News. Decades ago Ethiopia was in the headlines for famine, but in a dramatic change of fortunes, in recent years it is a rising star, posting Africa’s and one of the world’s highest rates of economic growth.

However, some still debate how much “Africa facing” Ethiopia is. It is an issue that arises partly because not enough attention is given to the other social and cultural developments in Ethiopia.

Step into any one of the hotels or restaurants that are currently mushrooming in the capital of Addis Ababa, and you might be surprised to see how this East African nation of 90 million is fast becoming an international city with diverse cultures.

Around the city, night clubs play a wide variety of African music and many restaurants serve African dishes. In fact, more and more Ethiopian songs are being infused with both Western and Southern African beats. And other African dances too are influencing local styles.

“Ethiopia’s influence on Africa and Africans is enormous and is [centuries old]. The same goes the other way round,” Zeray Hailemariam, an international relations scholar, told Mail and Guardian Africa . “Ethiopia’s political and historical influences outweigh that of its culture. It has influenced many African nations to craft their own independent political system free of any foreign influence.”

Ethiopia, often dubbed as the political capital of Africa, is host to the third biggest diplomatic missions in the world, only after New York and Geneva. It has been the seat of the African Union (AU), formerly known as the Organisation of African Unity (OAU) since 1963.

Ethiopia’s last monarch, Emperor Haile Selassie, was among the founding fathers of the AU alongside the likes of Ghana’s Kwame Nkrumah, Tanzania’s Julius Nyerere and Egypt’s Gamal Abdul Nassser. The country is also host to the United Nations Economic Commission for Africa (UNECA). The fact that Ethiopia was the only country in Africa not fully colonised resonates with many Africans as well.

The presence the AU headquarters and of such a big number of foreign diplomatic missions, plus Ethiopia’s relatively open door policy towards other Africans, has made for frequent interaction between Ethiopians and people from the rest of the continent.

For example, there has been an increase in the number of Ethiopians marrying other Africans, especially in the neighbouring countries.

The country is also, currently, host to the largest number of refugees on the continent. According to the UNHCR, Ethiopia is home to some 700,000 refugees from across Africa, mainly from South Sudan, Eritrea and Somalia.

The Institute for Security Studies (ISS) says Ethiopia is forecast to become among the “Big Five” nations in the continent over the next 25 years, thereby increasing the prospect of greater African influence in Addis Ababa and elsewhere in the country.

“There will be a change in the power capabilities of Algeria, Egypt, Ethiopia, Nigeria and South Africa over the next 25 years. Of these countries, Ethiopia and Nigeria are forecast to increase their power capabilities, whereas Algeria, Egypt and South Africa are expected to stagnate or decline. Of the Big Five, two currently punch above their weight: one that is rising, Ethiopia, and another whose growth is stagnant, South Africa,” an ISS 2015 publication reads.

This, again, means Ethiopia’s influence, or at least role, in Africa in terms of shaping culture, economy and geopolitical power will increase in the years to come.

And the rest of Africa will continue to influence this ancient land as well. Still, it remains to be seen if Ethiopia will remain on the present path, in the African values chain if its interests change.

“Ethiopianism is at the core of the African Renaissance. It is also at the core of ending Africa’s repeated humiliation,” says Mamo Muchie, a researcher on African affairs referring to the Battle of Adwa in which the Ethiopians defeated Italy in 1896 thereby maintaining their independence since then.

“This achievement by the Ethiopian-Africans that resisted all forms of humiliation is a positive data for building Africa’s united future”, he says.