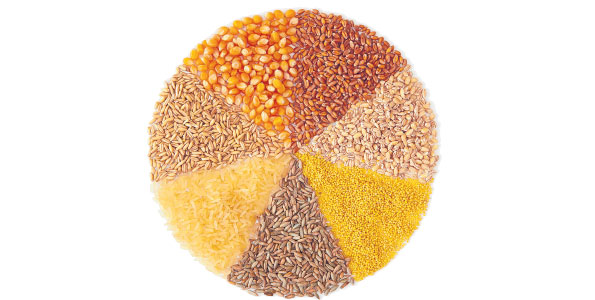 According to Hadi Farajvand, ambassador of the Islamic Republic of Iran to Kenya, more than 10 Iranian companies have expressed interest in growing and processing rice, corn and wheat in East Africa.

“Iranian companies want to lease land and establish processing plants in partnership with Uganda, Kenya and Tanzania for the production of wheat, rice and corn,” said Dr Farajvand.

The move is also aimed at narrowing the trade deficit, which tilts in favour of Iran. The EAC mainly exports unprocessed agricultural products like tea, coffee and meat while its imports from Iran include oil products, machinery and telecommunication equipment.

In 2014, the value of Kenya’s exports to Iran was Ksh1 billion ($9.8 million) compared with Ksh3.3 billion ($32 million) worth of goods that it imported from Iran.
Trade experts said, the region should strive to export more processed goods to Iran beginning this year.

“The lifting of sanctions on Iran will pave the way for EAC member states to forge closer ties with Iran, but we need to export value added products if we are to tilt the balance of trade in our favour,” said Peter Kiguta, Director-General of Customs and Trade at the EAC.

Since 2012, Iran had been frozen out of the global economy for its contentious nuclear energy programme, which locked the country out of international money payment systems, while also weakening the financial muscle of the oil-producing country. About 4,000 Iranian companies opened subsidiaries in Dubai in order to access the international market, but this increased their cost of doing business.

“During the era of sanctions, it was not easy to do business with Iran because the outflow of money from the country to the international market was restricted. We could not import oil-related products or export our agricultural products — tea was particularly affected. We are carrying out research to identify more opportunities,” said Chris Kiptoo, Principal Secretary in the Ministry of International Trade, Kenya.

The East African Tea Trade Association (EATTA) expects exports to Iran to grow five-fold in one year with the opening up of the market.

“With aggressive marketing, Iran has the potential to be among the top five tea destinations; it is currently already at 10th position,” said Edward Mudibo EATTA managing director.

According to Dr Farajvand, the biggest challenge in fostering stronger trade ties between Iran and the EAC countries is lack of political will in the region and limited information on the available opportunities in Iran. He added that many products from Iran are imported into the region through other countries, making the final product expensive. These imports include oil products, bitumen, ceramics and electricity equipment.

The EAC countries are planning to establish infrastructure for the pharmaceutical sector to enable production of quality, cheaper drugs. Up to 85 per cent of pharmaceutical products consumed in the region are imported — with India and China taking the largest share of the market.

Last year in February, Tanzania and Iran signed an MoU to co-operate in the areas of education, health, agriculture, energy and manufacturing. Tanzania imports machinery and oil products from Iran. In 2015, the Tehran government also pledged more support for the Ugandan police.

Iran is also looking to establish direct flights to ferry cargo and passengers.