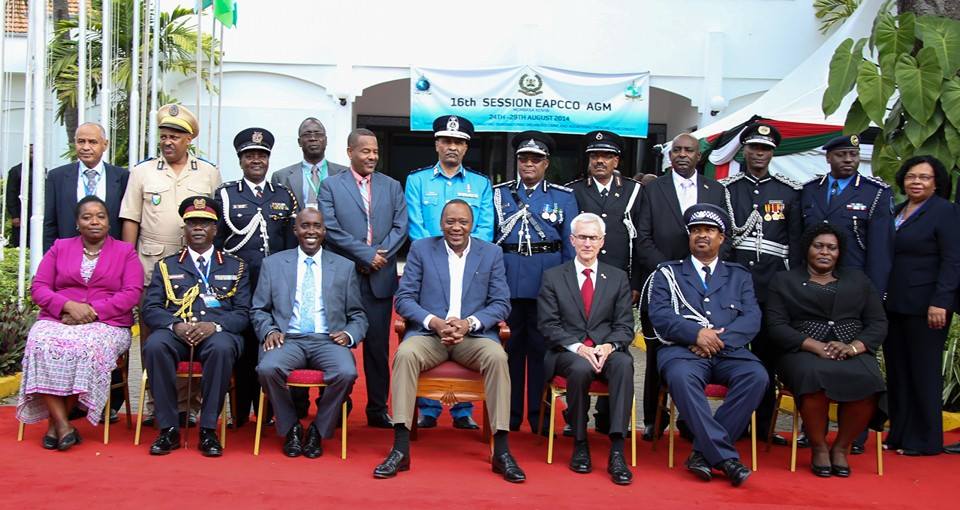 The Head of Interpol regional Bureau for Eastern Africa, Rwego Francis, said the organized gangs have become more sophisticated with advanced technology hence need for concerted efforts among countries. He told the East African Police Chiefs at their Association’s Annual Conference in Mombasa that “All crimes have become transnational, so fighting crime without a regional approach will not assist us. We need to strengthen cooperation in carrying out simultaneous operation.” He also noted that Al-Shabaab continued to pose a threat to the region and said cyber crime was widely assisting in funding the group’s activities in the region.

He said there was a real need for improved counter terrorism efforts and for the establishment of Financial Intelligence Units (FIU) in every country to in tracking their funding. He also urged a regional approach for the timely sharing of information, joint investigation and capacity building.

The week-long meeting, which will also consider ways to combat drug dealing and poaching, is being attended by the police chiefs of the East African Police Chiefs’ Association which includes Burundi, Djibouti, Ethiopia, Rwanda, Somalia, Sudan, Uganda, Comoros, Eritrea, Seychelles, South Sudan and Tanzania. Kenya’s Inspector General of Police David Kimaiyo said the five-day meeting is also being attended by security experts from Germany, Turkey, France, Algeria and Nigeria as well as the head of the Interpol secretariat and will devise ways of combating serious crimes that involve networks across countries.

It is expected to come up with appropriate recommendations which will serve to make policing in the region more effective.

Uhuru Kenyatta Note (Photo): The 16th East Africa Police Chiefs Co-operation Organization (EAPCCO) annual general meeting. I challenged regional police chiefs to consolidate their efforts in combating terrorism and other crimes. Victory in the war against crime will be realised faster if police forces in the East African region worked in solidarity and mustered self-belief. It is also in our best interest to tighten our collaboration in intelligence gathering, and in the execution of the programmes that we agree together. Our region has been identified as a major and growing centre for this callous commerce; between January and October 2013 alone, over ten tonnes of ivory were intercepted in Mombasa. The illicit trade in wildlife products has hampered the region’s collective security as it fed into terrorism, and also harmed our region’s reputation, standing and trade with the world. This prospect should worry us more than it does. International terrorism threatens our societies: in choosing violence over dialogue, terrorists reject the basic premise of any democratic nation; in choosing spectacular, murderous violence, terrorists reject the respect for life shared by African societies across the continent. I pledged Kenya’s support to the EAPCCO’s regional operations and institutional reforms necessary to make the organisation more effective in combating crime.