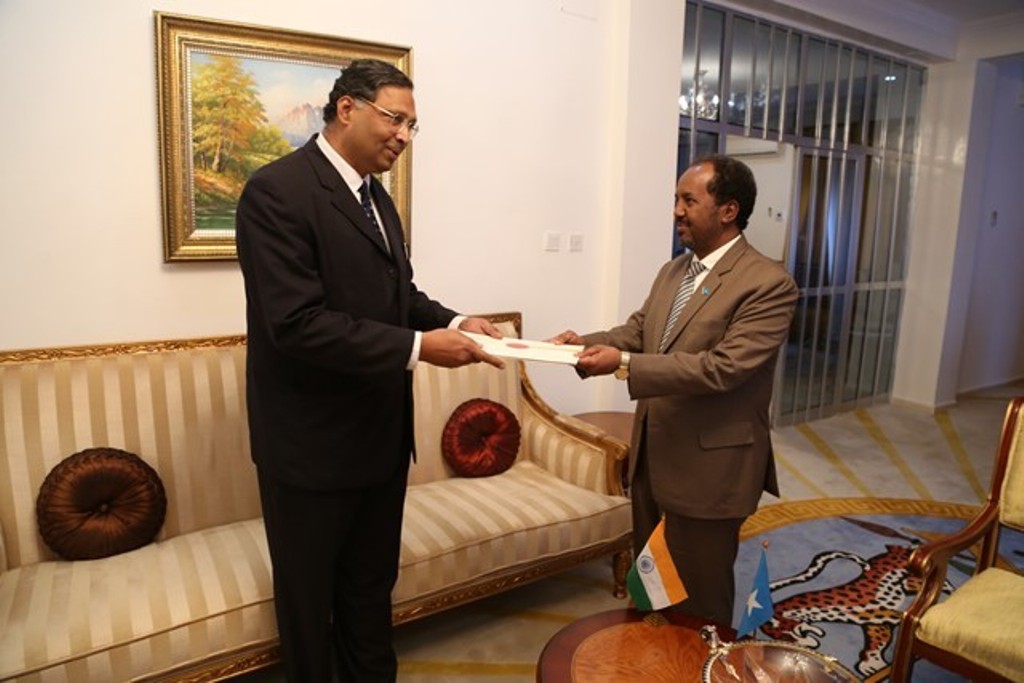 Nairobi (HAN) September 12, 2014 – Public diplomacy and National security news. In a diplomatic statement between Muturi and the Indian High Commissioner, it emerged that for the five months that the envoy has been in Kenya, he has been unable to meet the Cabinet Secretary for Foreign Affairs Amina Mohammed.

“I have been trying to meet with Amina for the last three months after I presented my credentials to the President, but all my letters have not been responded to. I don’t know what it is, but surely, the ministry blocking the Indian ambassador here is definitely sending some signals,” said the Indian High Commissioner.

The Indian  High Commissioner said there was no official policy or bad blood between his country and Kenya in the 50 years that the two countries have done business together. “I meet people at senior levels of government, so I don’t think this is an official policy against India,” the envoy told Muturi.

Varma asked Muturi to contact the CS and find out why he has been given a cold shoulder. “It is so important for an ambassador to work with the ministry because that is the point of contact between diplomats and the Government,” he said, adding: “The worry is that India, the world’s largest democracy, and Kenya, East Africa’s commercial hub, have been doing business together for a long time. Many Kenyans troop to India for medical help in what is now known as medical tourism.” See also: House team faults Uhuru’s list for diplomat positions over ethnic bias He revealed that he had also invited President Kenyatta to India for the India-Africa summit through the ministry, but his letter was not acknowledged and his reminders have also gone unanswered.

He noted that the whole idea was to have Kenyatta visit India before the end of this year. “We just have a few months left. If there’s anything you can do, Mr Speaker, please convey to us a confirmation of the presidential visit to India,” said Varma. My daughter The envoy also expressed dissatisfaction with the Immigration department, noting that he wants to meet Interior CS Joseph ole Lenku.

He told Muturi that his daughter was denied a residential visa. “My daughter used to work as a corporate risk analyst. I don’t understand why she cannot be given a residential visa, yet she is in my family. It is just me and my wife who were given. There’s a very tough officer in the ministry who simply told me that my daughter cannot get a visa because she doesn’t qualify,” said Varma.

The Indian envoy said every time the daughter travels, she has to pay Sh4,500 for a visa to Kenya.