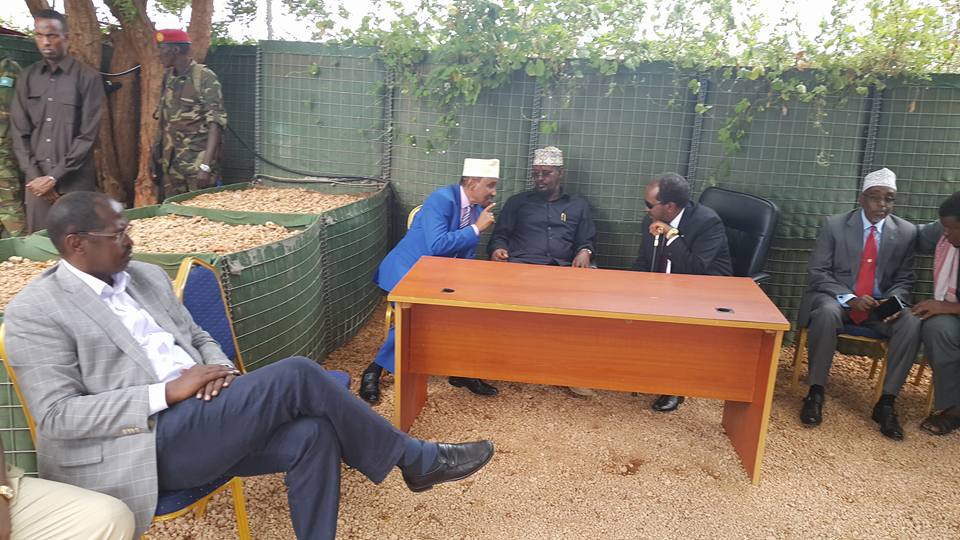 Nairobi (HAN) September 19, 2015 – Public Diplomacy and Regional Investment Initiative News. By Adow Mohamed, ILLEGAL foreign trawlers are depleting fish stocks of the coast of Somalia, in a move that may spur piracy in the country and wreak havoc in Kenya’s deep sea fishing industry, According to Star reports.

The new report, released in Nairobi on Wednesday, says the spiraling illegal fishing worth an annual Sh32 billion ($306 million). The report is produced by Secure Fisheries, a programme of the Colorado-based One Earth Future Foundation and developed as part of Oceans Beyond Piracy.

The report, titled Securing Somali Fisheries said foreign industrial fishing boats have resulted in a huge “depleted stocks, loss of income for Somalis, and violence against local fishers” adding “it has also threatened to ignite local support for a return of piracy.”

The unmonitored and illegal depletion of fish in the Indian Ocean waters, the report said, often justified pirates’ attacks on international ships and hostage taking.

This latest report may further cement fears that return of the daring piracy may open the purse for militant groups such as Alshabaab, which continues to pose threat to Kenya and other East African countries. “Foreign fishing vessels are still seen as a threat to the livelihoods of Somali fishers. Somalis feel they cannot defend themselves against this threat,” the report said. The foreign fishing risks depleting a resource that should promote food and economic security for Somalis. it added. Rampant bottom-trawling also causes substantial damage to important coastal ecosystems that are needed to sustain local fisheries, the report said.

John Steed, Secure Fisheries chief for the Horn of Africa said: “Illegal fishing was the pretext used by criminal gangs to shift from protectionism to armed robbery and piracy.” “Now the situation is back where it was, with large numbers of foreign vessels fishing in Somali waters again and there is a real danger of the whole piracy cycle starting all over.”

Piracy off the coast of Somalia has been a threat to international shipping since the second phase of the Somali Civil War, in the early 21st century. In 2011, the global maritime industry was alarmed when 28 vessels were hijacked and 237 piracy incidents reported in the Indian Ocean.

This has since dramatically reduced due to the use of armed guards on ships and international naval patrols. In the same period, pirates held more than 700 hostages, minting millions of dollars in ransoms and threatening key maritime trade routes, including the southern access to the Red Sea and Suez Canal. “Decades of unregulated fishing by foreign vessels and a severe lack of fisheries management have taken their toll. We estimate the total economic value of domestic fisheries, after value is added through the supply chain, to seafood industries through improved value addition,” said the report.

The illegal foreign boats are taking advantage of Somalia’s fragile stability, hauling in three times more than Somali fishermen, an estimated 132,000 metric tonnes of fish each year compared to Somalia’s catch of 40,000 metric tons. The report based its findings on multiple interviews and satellite evidence. However, Somali Minister of Fisheries and Marine Resources, Mohamed Omar Aymow, who spoke to Voice of America in the Somali capital Mogadishu, said “there is not a big fear” of piracy returning to Somalia.

“We don’t have pirate men who are organized like the group we are fighting against now (Al-Shabab), who are stationed in a particular area, who we can call pirates, that does not exist now,” he said after the report was released. “Today we are able to detect when foreign fishing vessels get closer to the Somali waters, we can monitor it from Mogadishu, and we can tell the area they are closing in on,” he said. The lead author of the report said important fish stocks in Somali waters are being fished at unsustainable levels, warning that foreign trawlers were “harvesting commercially valuable tuna stocks at maximum capacity, leaving no room for Somalis to profit from their rich marine waters.”

The comprehensive report said Somali fisheries have the potential to bolster food and income security throughout the region. A more robust domestic fishery would increase jobs and wages in one of Somalia’s most vulnerable employment sectors, it added. “Management of foreign fishing is important to ensure lasting benefits for Somalis. Given the decades of IUU (illegal, unreported, and unregulated) fishing by foreign vessels within Somali waters, the international community bears a responsibility to help support sustainable fisheries through investment, regulation of its vessels, and respect for Somali law,” it said.

Founder and chairman of One Earth Future Foundation Marcel Arsanault said to achieve this combination of economic development and resource security, foreign fishing must be limited in order to promote a vibrant domestic fishing economy.

“Domestic fishery laws must translate into effective management plans promoting sustainability and prioritizing the livelihoods of Somalis. This report offers key recommendations to help achieve these ends and secure prosperous and sustainable fisheries for Somalia,” he said.

Accordingly, investment in the Somali fisheries economy, especially infrastructure, would spill over and improve other domestic sectors, set the foundation for long-term prosperity, and improve national security, it said. The report shows that foreign vessels from over a dozen different countries catch many times more fish than Somalis do every year. Iran and Yemen have the largest presence in Somali waters, the report said, but said boats from Europe and Asia also have “landed significant catches”.

Piracy is not an inevitable reaction to foreign fishing,” the report said. “With the right incentives, resources, and political will and commitment, Somali communities could develop community-based solutions to these problems.”