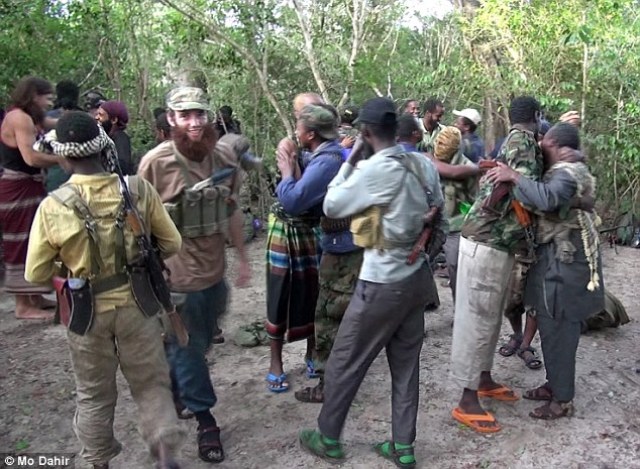 International Center for Policy and Conflict (ICPC) Ndung’u Wainaina Executive Director urged for the broad cooperation on all levels, between national and local authorities as well as local communities to curb extremism and radicalization.

“We all need shared strategy and role. We observe that there is no single path to extremism and radicalization. Extremists and radicals are from a diverse demographic and social status,” Wainaina said in a statement issued in Nairobi. “ICPC is calling for a comprehensive strategy based on education, addressing exclusion, stopping extra-legal measures in tackling crime, and the role of communities in robustly engaging youth, as the cornerstone of these efforts.”

The statement comes as the Kenya is hosting the first international conference on countering violent extremism in Nairobi.
The countering extremism conference is meant to provide a framework for enhancing security dialogue and reviewing security appropriate measures in addressing radicalization and extremism.

The meeting brings together security ministers, intelligence and counter terrorism experts from Africa and across the world to discuss strategies for countering violent extremism, which has become an international security problem.
Wainaina said violent extremism is a symptom of an underlying cause and a physical manifestation of governance deficits, adding that people with certain vulnerability in their background can be receptive to extremist/radical ideology.
He said it was imperative to observe that the youth are at risk of being radicalized, noting that 40 percent of the world’s population is under 24 years.

“The youth are often not engaged in local or national discourses and hence feel alienated. When youth of all orientations stand up for democracy and the rule of law, they take charge of their own destiny and live in societies free of fear,” he said.

A recent string of terror attacks in Kenya’s northeastern and the coastal regions have culminated in the introduction of tough security measures, which will enhance surveillance on terrorists in the East African nation.

However, security experts said the war against terrorists who have disrupted Kenya’s security architecture can only be won if the government re-evaluates the current anti-terror strategies.

“We need to address extremism through community partnerships, conducting robust engagements amongst young people, gathering accurate intelligence, using legal means to tackle crime and creating conditions for stable development and society where all people participate and have a sense of belonging,” he said.

According to Wainaina, it’s also critical to build legitimate state security institutions that do not abuse power which are under civilian control, and are held accountable for human rights violations that are counterproductive.
ICPC reiterated that civil society actors are essential partners in addressing violent extremism as their work directly supports counter extremism measures.

Wainaina called for the need to strengthen local preventive work and information on drivers of extremism to counter violent extremism through developing frameworks that formalize cooperation between national and local government institutions to build community resilience to violent extremism.

The East African nation has suffered a series of attacks from Somalia based Al-Shabaab militants since the country deployed its troops to the horn of African state in 2011. According to official figures, Kenya has lost an estimated 800 lives from Al-Shabaab terror attacks in the last three years.