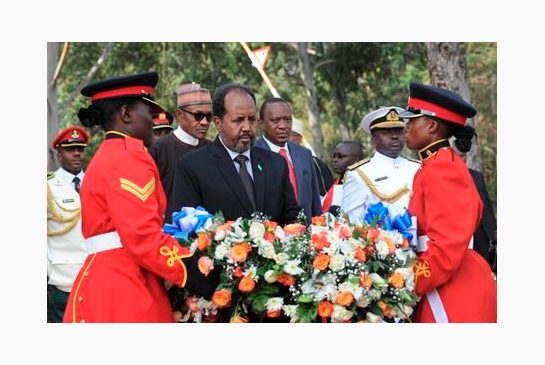 In Nigeria Buhari faces the Boko Haram extremist insurgency while Mohamud’s government in Somalia relies on foreign troops to protect against the Islamic extremists al-Shabab.

Before the ceremony started, relatives of the victims were seen being counselled as some broke down in tears.