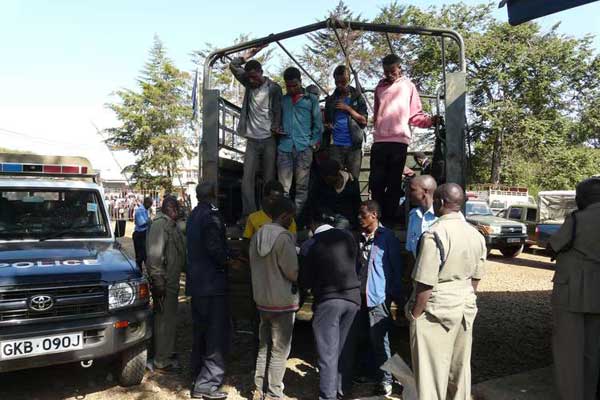 NAIROBI (HAN) January 7, 2016 – Public Diplomacy and Regional Stability Initiatives News.  Four of five Ethiopians were on Thursday charged with being in the country illegally.

Marsabit Senior Resident Magistrate Boaz Ombewa ruled that a fifth suspect, Melese Tilaun Dentamo, be registered with the United Nation High Commission for Refugees (UNHCR) after he told the court that he was fleeing from conflicts in Oromo region in Ethiopia.

The accused were arrested on Wednesday at Manyatta Daba in Marsabit County. Mr Ombewa further ordered the accused persons be deported upon paying fine or serving their jail terms.The prosecution, led by Musa Bashir, told the court the suspects were arrested by police officers following a tip-off from members of the public.

They were hiding under a bridge when police seized them. They could neither speak English or Kiswahili nor did they possess any valid identification documents. In mitigation, the four accused told the court they wanted to be taken back to their country or be allowed to proceed to Nairobi to search for jobs.