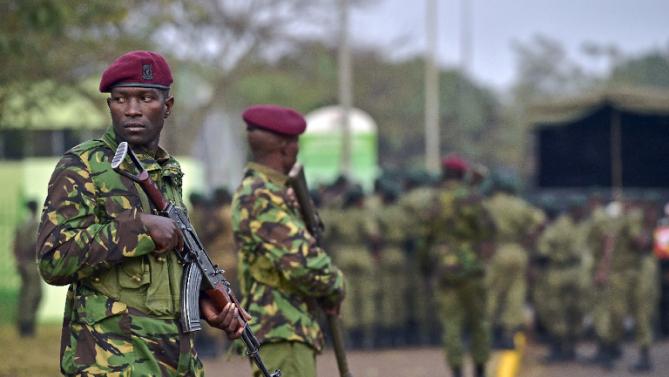 It was the latest in a series of attacks near Kenya’s border with Somalia. Al Shabaab took credit for the attack but said it had killed eight Kenyan soldiers.

“The truck had about 10 administration police officers and the explosive that blew it up seemed to have been planted on the road they were using,” a senior regional official, who asked not to be named, told Reuters.

Senior officials and police declined to give official statement on the attack, saying it was sensitive, and that they still awaited detailed report from officers on the ground.

But Lamu Governor Issa Timamy told Reuters, “It is unfortunate that once again the nation is mourning the deaths of our five officers killed at the hands of the al Shabaab.”

The militants and the government often give conflicting death counts. It was not immediately clear while Kenya had identified the dead as police, and al Shabaab called them soldiers.

The al Qaeda-linked al Shabaab, which seeks to overthrow Somalia’s Western-backed government and drive the AU force out of Somalia, said it had killed more than 100 soldiers in the attack. Kenyan officials have not yet revealed the death toll.