Home frontpage Kenya: Farah Maalim, "Unseating Another Instead of Establishing a Seat" 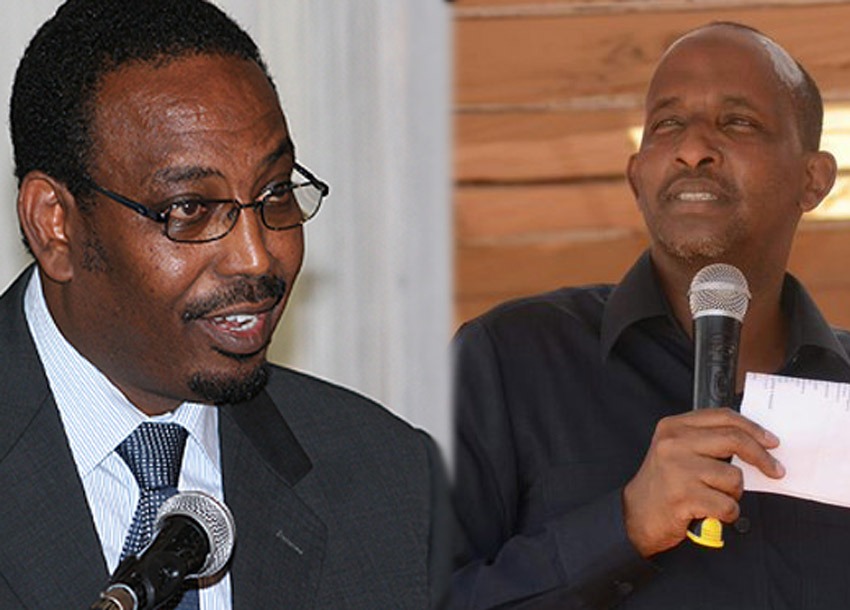 In an exclusive interview with Citizen Digital, Maalim said he has received the backing of the majority of the constituents in his bid to return to Parliament after five years of absence. “The community wants proper leadership which will spearhead development and I am ready to offer it to them. I have the support of religious leaders, the youth, women and professionals who have faith in me to change the fortunes of the constituency and Garissa as a whole,” he stated.

Despite not being in parliament for the last three years, Maalim said he has been carrying on with projects he had began to support residents of Garissa including sponsoring students from the region to further their academic ambitions. “I have been an avid supporter of education. I have been sponsoring students from Garissa and I will continue doing so to ensure they progress academically.” Maalim noted that he has already kicked off his campaign in Garissa in a bid to unseat Duale, saying his candidature will offer fresh hope for the constituency.

“There are many things that need to be done in Garissa, including construction of roads, schools and health facilities. The push for the implementation of such projects has been hampered by lack of proper representation in the National Assembly, something that I intend to change.” The announcement has sparked reactions on Twitter with a section of Kenyans using the hashtag #TeamFarahMaalim to express their support. Maalim was the Member of Parliament for Lagdera Constituency in Garissa County from 1993 to 1998 before making a return in 2008.

The Orange Democratic Movement (ODM) member contested for the Garissa Senatorial seat in 2013 but lost to the incumbent Yusuf Haji. Asked why he chose to run for MP and not Governor or Senator, Maalim said that he intends to continue with the legacy that he had set as Lagdera MP and the projects that he had initiated. “I will be turning 60 in a few months and I feel I should leave the governorship position to the youth and focus on carrying on with what I had stated when I was MP.”

ODM, through its Director of Elections Junet Mohamed, has expressed support for Maalim saying the former deputy speaker is posed to emerge victorious in the elections. “It is safe to say that ODM has already identified its first parliamentary candidate ahead of the next elections. We fully support Maalim’s bid and are certain that he will beat Duale to the seat and be the next MP for Garissa Township,” said the Suna East MP.

Duale supporters led by Eastleigh community leader Ahmed Mohammed have however downplayed Maalim’s chances of winning the seat saying the Jubilee legislator has immense support on the ground. Ahmed, who created the #TeamDuale hashtag on Twitter, said that Duale will successfully defend his seat due to his astounding development record in Garissa Township constituency.

“Duale is evidently the best National Assembly Majority Leader that the country has ever had. He has focused on development and disregarded tribalism in the distribution of Constituency Development Fund,” he told Citizen Digital. The Eastleigh Business Community Secretary General said Duale also has the backing of the business community due to the support that he has accorded them.

“Duale has been on the forefront in preaching peace in every part of the country and that is not something to be brushed-off. He is committed to ending tribalism and ensuring equitable distribution of wealth.” “He recently led a fundraiser in Mandera where over Ksh40 million was raised to support the construction of Madrassa in Garissa and the fight against radicalisation,” stated Ahmed. He further rubbished allegations that Duale is a Jubilee sycophant saying the claims are misplaced and malicious.

“The word sycophant has lost meaning because of how it is being misused. If you are in the opposition you are just a member of the party but if you are in government you are labelled a sycophant.” “Duale has been critical of key issues affecting Kenyans even when they touch on the government. We saw him come out to oppose the government when there was unwarranted profiling of members of the Somali community last year.”

The entry of Maalim into the race for Garissa Township parliamentary seat is set to spark one of the toughest contests in the parliamentary elections slated for August next year, setting the ground for a show of might between the newly formed Jubilee Party and CORD.