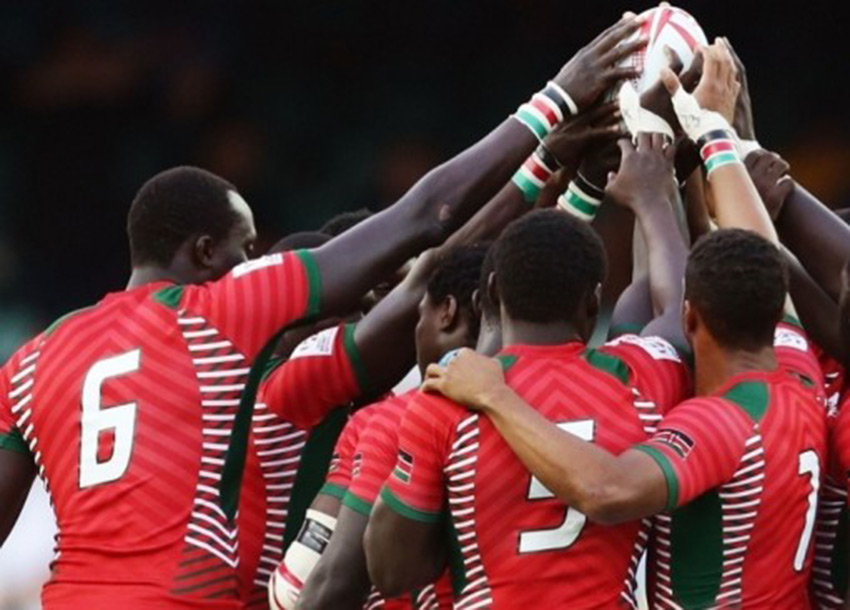 NAIROBI (HAN) February 6, 2016 – Public Diplomacy and Regional Stability Initiatives News. The Kenya national rugby sevens team will face Fiji in the main cup quarter finals of the Sydney Sevens in Australia after beating Russia and Scotland but slumping to South Africa narrowly in their last match.

Oscar Ouma gave Kenya the lead against the Russians with a try after a well-worked move by Collins Injera. Russia struck back soon after to draw level.

Oscar Ayodi restored Kenya’s lead at the break for a 12 – 5 advantage. In the second half Kenya kicked off on a positive note as William Ambaka stretched Kenya’s advantage. Oscar Ouma added another try despite a late rally by the Russians.

Kenya won the game by 24 – 10. Kenya faced Scotland in their second match and two tries by Oscar Ayodi gave Benjamin Ayimba’s boys the advantage by 12 – 7 at the break.

In the second half , a lapse in concentration almost cost Kenya the game but Bush Mwale scored the winning try as Collins Injera saved Kenya’s blushes with a try saving tackle in the dying moments of the game to win 17 – 14.

Kenya’s final match was against South Africa, the Wellington Sevens finalist. Kenya had a narrow 19 – 12 disadvantage at the break but the South Africans proved too strong to seal the match by 26 – 19.