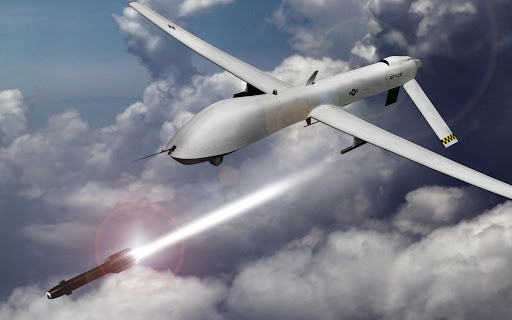 The new authorities, which must still be approved by Defense Secretary Mark T. Esper and then President Trump, do not necessarily mean the United States will start carrying out drone attacks in Kenya. Nevertheless, they would give Africa Command permission under certain circumstances to expand the counterterrorism drone war into another country.

The push for the expanded authorities traces back to a Shabab attack in January on a military base in Kenya that housed United States troops, the officials said. The attack on the airfield at Manda Bay killed three Americans and caused millions of dollars in damage.

U.S. commanders scrambled immediately after that attack to track and kill the Shabab hit team that had infiltrated the base from Somalia, securing permission on the fly to carry out a drone strike on them in Kenyan territory, according to the officials. But they never attacked because the militants — retreating to Somali territory — eluded them.

As they confronted the fallout from the debacle, officials recognized that they lacked guidelines to conduct drone strikes in Kenya should Shabab attack there again. The Pentagon led an interagency push to write rules for any future strikes in Kenya under more relaxed limits on drone strikes that Mr. Trump’s national security team created in 2017, replacing more stringent procedures from the Obama era.

Col. Christopher P. Karns, the command’s chief spokesman, declined to comment on the new authorities. “Africom certainly recognizes the need to apply consistent international pressure on Al-Shabab and to monitor their activity, presence, and actively confront them in order to prevent their spread,” he said in an email. “This can take several forms.”

Lt. Col. Anton T. Semelroth, a Pentagon spokesman, added in an email, “The U.S. military will defend U.S. personnel, citizens and homeland as necessary anywhere in the world.” He also did not address the new guidelines.

But according to the officials, who spoke on the condition of anonymity, the draft guidelines would theoretically authorize drone strikes not only in self-defense of American troops or collective self-defense of partnered Kenyan forces, but also offensive strikes intended to pre-empt a suspected threat — like if officials uncovered intelligence about preparations at a compound to assemble a car bomb.

Several officials noted, however, that Kenya has a stable government and capable security forces. As a result, the officials did not expect the authorities to prompt the United States to carry out frequent drone strikes there, if any. Still, they said they could envision a situation in which a drone would be the only realistic option to try to pre-empt a terrorist operation.

The draft plan was said to contain limitations. Among them, the military would be permitted to conduct strikes only in a portion of Kenya, two officials said. One specifically identified the potential strike zone as Garissa and Lamu Counties, which encompass the air strip camp at Manda Bay and the nearby border region with Somalia.

Moreover, the Kenyan government would have to consent to any strike — a major difference from Somalia, whose provisional government has essentially given the United States blanket permission to carry out strikes when it sees fit. The American military would also have to consult with the U.S. ambassador in Kenya.

In addition to the military’s desire for expanded authorities, President Uhuru Kenyatta of Kenya asked Mr. Trump during a White House visit in February for additional counterterrorism assistance, including “armed aerial support” to help combat the Shabab, a senior American official said.

The Kenyan Embassy in Washington did not immediately respond on Tuesday to requests on for comment.

Mr. Esper, who has been weighing cuts to American troops on the continent as part of a global reshuffling of forces to address new threats from China and Russia, initially expressed reluctance to approve the new authorities, officials said.

But he relented to the narrowly focused guidelines rather than be seen as rejecting an important force-protection measure favored by his field commanders, officials said.

Still, some American lawmakers complained on Tuesday that Congress had been cut out of the process.

“We need to do whatever’s necessary to defend American lives and interests, but that doesn’t require starting a drone war in Kenya without consulting Congress and using a war authorization that’s two decades old,” said Representative Eliot L. Engel, Democrat of New York and the chairman of the House Foreign Affairs Committee, referring to the 2001 law Congress passed authorizing strikes against Al Qaeda.

The Shabab, Al Qaeda’s largest and most active global affiliate, has in recent months issued specific new threats against Americans in East Africa and even the United States. After a hiatus this year, it has increased a campaign of car bombings in Somalia, American counterterrorism and intelligence officials said. 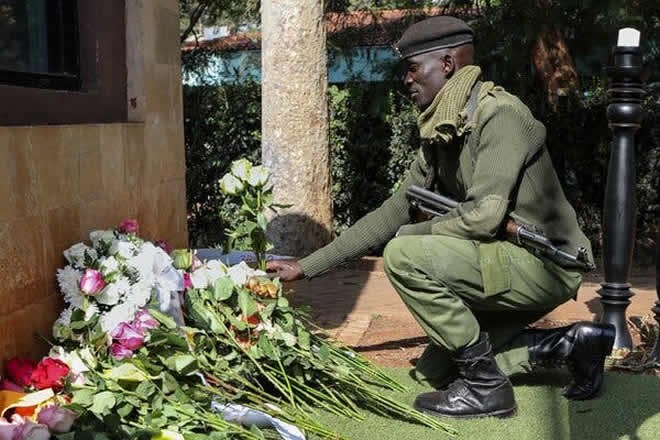 Several ominous signs indicate that the Shabab is seeking to expand its lethal mayhem well beyond its home base and attack Americans wherever it can — threats that prompted a flurry of American drone strikes in Somalia this year to try to snuff out the plotters.

“Al Shabab is the most capable terrorist group on the African continent,” Rear Adm. Heidi Berg, the Africa Command’s director of intelligence, told reporters on Friday.

“What that has allowed them to do is develop their planning, develop their finance, develop their media operations there to a high degree,” General Anderson told a virtual security conference held by the American Enterprise Institute last week.

This month, three Somali military officers were killed and two others were injured along with an American service member in a truck bombing in the Jana Abdalle area in the Lower Juba region of Somalia.

In recent years, the Shabab, which American intelligence analysts estimate has 5,000 to 10,000 fighters, has lost many of the cities and villages they once controlled. Despite facing a record number of American drone strikes, the group has morphed into a more nimble and lethal outfit, carrying out large-scale attacks against civilian and military targets across Somalia and neighboring countries.

To weaken the Shabab’s presence, Somali forces work alongside troops from the African Union peacekeeping operations, which include forces from Kenya, Djibouti, Burundi, Uganda and Ethiopia. Kenya, in particular, has been a frequent target of Shabab retaliatory attacks.

“Al Shabab remained intent on and capable of conducting attacks inside Kenya and along the Somalia-Kenya border, consistent with its stated intent to compel Kenyan forces to withdraw from Somalia,” an interagency inspectors general report released on Sept. 1 concluded.

Shabab militants in early 2019 assaulted a hotel-shopping complex in Nairobi, Kenya, killing at least 21 people, including a police officer. Six years earlier, masked gunmen stormed the upscale Westgate Shopping Mall in the Kenyan capital, in a rampage that killed at least 67 people.

But the brazen assault on Jan. 5 at Manda Bay, a sleepy seaside base near the Somali border, took American and Kenyan troops by surprise. Armed with rifles and explosives, about a dozen Shabab fighters destroyed an American surveillance plane as it was taking off and ignited an hourslong gunfight.

Many of the local Kenyan forces, assigned to defend the base, hid in the grass while other American troops and support staff were corralled into tents with little protection to wait out the battle, American officials said.

The deaths of the three Americans — one Army soldier and two Pentagon contractors — were the largest number of United States military-related fatalities in Africa since four soldiers were killed in an ambush in Niger in October 2017.

The attack set in motion the push by the Africa Command and some Pentagon officials for the new authorities to protect the roughly 200 American soldiers, airmen, sailors and Marines, as well as about 100 Pentagon civilian employees and contractors, in Kenya helping train and assist local forces. Most of them work at Manda Bay, according to military officials.