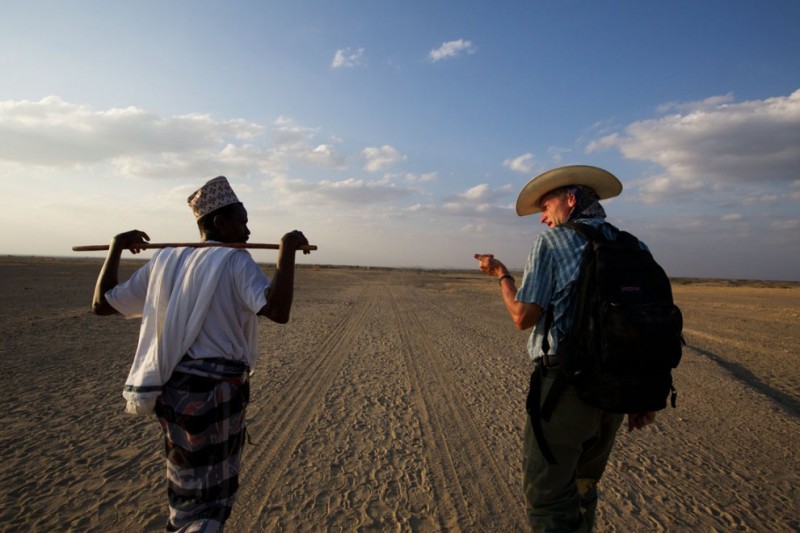 Nairobi (HAN) May 28, 2014 – Expert Analysis, Your Power & Regional Influence Magazine,  Opinion by Abdi Latif Dahir.  The Committee to Protect Journalists (CPJ) on Friday called on authorities in Ethiopia to release a journalist being held without charge following a spate of similar arrests in recent weeks.  The Federal Ethiopian police in Addis Ababa, summoned Elias, editor-in-chief of the independent news magazine Enku, for questioning in connection with a column published in his paper, according to news reports. The Ethiopian court this week extended by 14 days the pre-trial detention of Elias Gebru,

Sahan by Abdilatif: Mastewal Birhanu thinks about the day he fled the city of his childhood. Even though he had made his mind to leave Ethiopia for Kenya, the thought of questioning and imprisonment at the airport agitated him. When he was finally through with immigration and sat in his seat in the plane, he says has never felt more lugubrious about his own future. 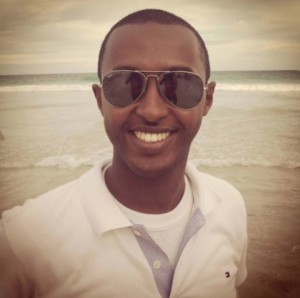 “When you decide to become a journalist in Ethiopia, you know your life is going to be messy,” Birhanu said recently in a Nairobi restaurant. “You will always be obsessed with covering politics and human rights. And because of that, you know that one day you will have to go out of the country, or even worse, go to jail.”

Birhanu is one of dozens of Ethiopian journalists living in exile in the Kenyan capital, Nairobi, who fled their country for fear of persecution and imprisonment.

His story, and those of his colleagues, underlies the state of media in Ethiopia, which, they say, is marked with a narrowing space for expression and the evisceration of the independent press.

In his case, the Ethiopian government charged Birhanu of inciting violence through his articles, besides one charge for defamation. After several court appearances, which led to no rulings, he decided to leave Addis Ababa for Nairobi.

Since the country’s Anti-Terrorism Proclamation came into effect in 2009, journalists and media watchdogs say Ethiopia has used the law to stifle the growth of independent media outlets and to silence critical voices amongst opposition parties. This clampdown has driven many Ethiopian media workers and civil society members into exile, many of whom are now spread in countries from Kenya and Uganda to the United Kingdom and the United States.

“In the case of Somalia, journalists flee largely because of the security issue in the country. In countries like Ethiopia and Rwanda, it is fear of imprisonment, because the journalists know they will never get free trial or justice,” says Tom Rhodes, East Africa’s representative for the Committee to Protect Journalists.Ethiopian journalists living in exile in the Kenyan capital, Nairobi

The advocacy group’s research shows that 49 Ethiopian journalists have been sent into exile in recent years, with roughly 12 of those now living in Kenya, Rhodes says.

Over the last two decades, using a trifecta of construction, agricultural exports and foreign direct investment, Ethiopia has grown to become East Africa’s largest economy, improving the living standards for its over 90 million population. However, access to media and information in the country has largely experienced heavy-handed regulation, with the government closing private media entities, while maintaining the main radio and television outlets under its control. Besides the sole national television network, ETV, and a few privately owned newspapers that serve a small urban population, the Ethiopian public’s main media consumption comes through radio stations.

During the late Prime Minister Meles Zenawi’s rule, CPJ says that more than 70 newspapers were forced to close because of government pressure. The heavy-handedness also stretched to international media, such as the case in 2010, when Zenawi admitted to jamming Voice of America broadcasts in Amharic, accusing the station of engaging in “destabilizing propaganda.”

This paucity of information and the lack of balanced stories in the media, says Araya Getachew who has been in exile in Nairobi for just over a year, push many journalists to pursue stories independently and to undertake more balanced coverage of the issues in the country. This is the case, he added, with the Zone 9 bloggers, who were arrested in late April for allegedly working with foreign organizations and using social media to destabilize the country, according to media reports.

“The government only wants journalists to talk about development in the country, about construction and agriculture,” Araya tells Sahan Journal. “There is a lot of failure in the country in the form of human rights abuses. The government wants to suppress these voice from telling these stories.”

The Ethiopian government’s control over the media is also aggravated by its large surveillance mechanisms, especially in the digital context. In a much-publicized report released in March 2014, Human Rights Watch detailed how the government uses different technologies to listen into phone conversations among perceived political opponents in the country and in the diaspora. These efforts, they said, are exacerbated by the government’s monopoly over all mobile and Internet services through its sole, state-owned telecom operator, Ethio Telecom.

“Recorded phone calls with family members and friends – particularly those with foreign phone numbers – are often played during abusive interrogations in which people who have been arbitrarily detained are accused of belonging to banned organizations,” Human Rights said in a statement. “Mobile networks have been shut down during peaceful protests and protesters’ locations have been identified using information from their mobile phones.”

It is for this reason, Fasil Girma says, that he is afraid to call his relatives and family back home in Ethiopia.

“Journalism has become synonymous with terrorism in Ethiopia,” says Fasil, a former reporter with Ethiopian Radio and Television Agency and now in an exile in Nairobi. “If you call back home, you are putting your loved ones in more danger. It is a very sad situation.”

For those who even escape the grip of government surveillance and imprisonment, life in the exile is anything but glamorous. Many of them flee the country without preparation, and some face intimidation and harassment from the local police because of lack of documents. In Nairobi, Kenya’s largest city, Ethiopian reporters say they limit their movement, and do not even trust frequenting joints where their countrymen gather to revel.

“We have a case of one reporter who was attacked eight times since he came to Nairobi,” Rhodes said. He also added that is an indicative of a larger problem facing Ethiopian journalists, including lack of job security and a regular financial income. In April, during a police crackdown on terrorists in the capital, Rhodes also said that his organization recorded three cases in which Ethiopian journalists were detained by police officers who later sourced for bribes to release them.

The exiled journalists say the Ethiopian government to some extent even encourages dissenting voices to leave the country. By fleeing the country, some of them find it hard to report on the pertinent issues ongoing back home, and to access critical information needed to assess the situation on the ground. Others, faced with the prospect of asylum in the West and the decision to fend for themselves and their families, leave the profession altogether to become taxi drivers or work in supermarkets.

“Ethiopia is happy that journalists are fleeing the country because the ability to criticize the government is diminished,” Mastewal says.

Yet, in the face of all this, the Ethiopian government and its operatives find themselves in the heat of the moment. Using social media, the journalists are always trying to express doubts concerning the veracity of information provided by the government, or rather, by mocking the government’s achievements. For instance, on April 1, Ethiopians marked April Fool’s Day by using the hash tag ETVDay, mocking the state-owned television channel for spreading “lies” throughout the year.

These campaigns, journalists Araya and Fasil believe, are an overture to a long fight for freedom of expression in Ethiopia. By agitating for the rights of the jailed and exiled journalists whose rights are being trodden underfoot will help reinvigorate their hope for Ethiopia’s media, they say.

“Sometimes I regret being a journalist. Sometimes I ask, ‘What if I was a lawyer or a doctor?’” Fasil says. “But other times I tell myself that this is the price we have to pay for us to grow in this profession. We have to stand our ground.”