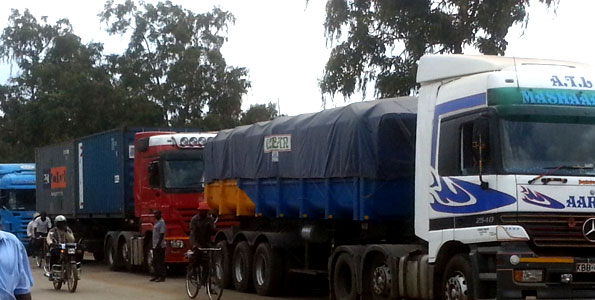 NAIROBI (HAN) February 8, 2016 – Public Diplomacy and Regional Stability Initiatives News. Kenya and Uganda have signed a memorandum of understanding to set up an electric platform that will see them jointly monitor consignments on transit from the port of Mombasa.

The system is expected to reduce the cost of transporting cargo and result in higher tax collections by resolving suspected under-declaration of the value of exports.

The system will also ensure faster clearance of cargo from the Kilindini port, minimise transit diversion and expedite the seamless movement of goods.

“A regional system will provide real time tracking of the goods along the Northern Corridor and minimize diversion of goods under customs control,” he said.

Mr Njiraini noted that the system would provide timely response to transit alerts and enhance the decision making process based on the identified supply chain trends.

The agreement comes barely a month after the two countries and Rwanda agreed to establish joint enforcement teams to police transit cargo operations, besides other actions including the centralisation of transit cargo clearance at Kilindini port.