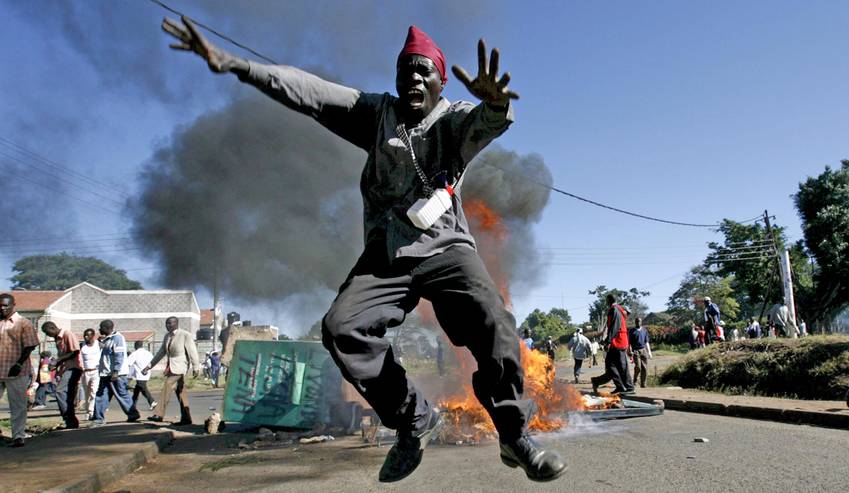 From a slugging economic growth, job losses and rising concerns of food shortages and high costs, the administration of President Uhuru Kenyatta’s second term will have its plate full as he starts his last five-year term.

The administration will now be keenly watched by the business community with expectations that it will move quickly to prop up an economy greatly hit by the political stalemate that has dragged on since the country’s Supreme Court annulled the August presidential election.

This looming standoff between the government and the opposition has done more damage to the economy, scaring away investors, slowing down the economy and depressing tax collections.

On Monday, the Kenya Private Sector Alliance (Kepsa) said that the four-month electioneering period had cost the country $7 billion in losses, with most of it coming from the frequent disruption of transport and industrial operations during the campaigns ahead of the August 8 election, and the persistent protests after the nullification of the results later in September.

In the past one month alone, investors at the Nairobi Securities Exchange (NSE) have lost $2.27 billion.

The bourse has seen the monthly volume of trading drop by almost 50 per cent to more than 490 million shares traded from a monthly high of 740 million, while the average traded volume before the August 8 election was 640 million shares data from Reuters shows.

The administration will have to work overtime to inspire confidence in all economic sectors.

“This has impacted all the key sectors of the economy, consequently leading to a shrink in the local economic growth that come with a new intensity,” she said. een hard hit by political protests that have become frequent in recent weeks.

“The harsh political climate has serious implications as medium, small and micro-enterprises employ about 85 per cent of Kenya’s labour force. It is our wish that the current political situation is managed properly to avoid further losses,” Mr Obath said.

Jobs too have been lost as firms laid off workers in austerity measures and will need reassurances and incentives from the government to boost their business and recreate the jobs.

“We have seen more than 53 per cent of the industrial firms deferring their planned expansion plans with 75 per cent expecting a further dip in profits. We need a quick resolution of this crisis through dialogue to avert more loses,” said Phyllis Wakiaga, the chief executive of the Kenya Association of Manufacturers.

Kenya’s inflation rate was at its five-year high days before the August election as a biting drought pushed up the cost maize, the staple food. The government introduced a subsidy programme as a stop-gap measure but the poor harvest following the failed rainy season should be a cause for concern.

Neighbouring countries have not been spared either, and have resorted to using the port of Dar es Salaam and the longer Central Corridor through Tanzania, according to Kepsa.