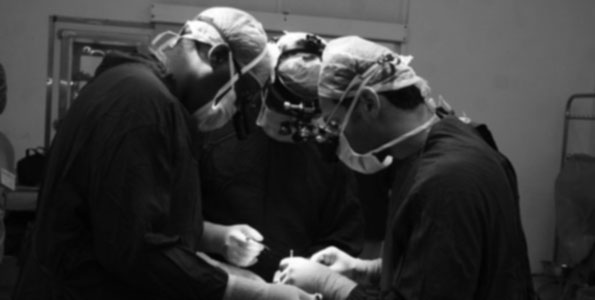 NAIROBI (HAN) February 18, 2016 – Public Diplomacy and Regional Stability Initiatives News. Kenyan doctors have sounded the alarm over a swelling number of unlicensed foreign medics who are flying into the country for consultancy services that result in referral of hundreds of patients to overseas hospitals every year.

Speaking through the Kenya Orthopaedic Association (KOA) and the Kenya Association of Urological Surgeons (KAUS), the doctors accused hospitals of working with unscrupulous foreign practitioners to fleece Kenyans under the guise of holding medical camps.

A number of Kenyan hospitals have been holding specialty camps where foreign specialists for diseases such as cancer and kidney ailments, are invited to train local practitioners and offer consultancy services.

“We have been raising the alarm over this matter without any action from the Kenyan authorities,” said KOA secretary-general James Kigera.

The racket works through the establishment by Kenyan doctors of a network of illicit dealings with foreign hospitals that ensure a regular flow of patients to the foreign hospitals even for ailments that can be treated locally in order to pocket the kick-backs.

Consultation fees for the medical camps, which pool patients together for specialised care, often range between Ksh1,000 ($10) and Ksh2,000 ($20), depending on the facility.

Kenyan doctors now reckon that the pooling of patients has resulted in a disproportionate amount of misdiagnosis of ailments with devastating consequences.

Dr Kigera, an orthopaedic surgeon (specialist in ailments affecting bones and muscles), reckons that the misdiagnosis has only served to pile financial burden on Kenyans and expose some to safety risks.

Aideed Kaatan, a kidney consultant and member of KAUS – a lobby group for kidney specialists – expressed similar concerns even as he accused Kenya’s oversight agencies of complacency.

“We are very much concerned by the trend and have reported this to the medical board,” said Dr Kaatun, adding that the malpractice is proving counterproductive to the original objective of medical camps that aimed to boost local skills capacity and cut out hassles for patients.

The revelation comes in the wake of recent reports that some Kenyan doctors have been misadvising local patients to seek treatment for specialised cancer, kidney and other surgical operations abroad, especially in India, in exchange for kickbacks.

Some 880 doctors are currently under investigation for ethical malpractices, including deliberate misadvising of patients to seek treatment abroad in exchange for up to Ksh200,000 ($2,000) in kickbacks for every referral made.

The healthcare sector regulator, Kenya Medical Practitioners and Dentists Board Thursday, downplayed the concerns saying it was not aware of any unlicensed foreign doctors practicing locally.

“Our position has always been that all foreigners must have a license from the medical board to practice locally,” said the board’s chief executive, Daniel Yumbya.

India has emerged as a favourite destination for Kenyan patients and other African countries seeking cost-effective healthcare.

More than 10,000 Kenyans travel abroad each year in search of treatment for various ailments, especially cancer and kidney transplants.

Ministry of Health officials, say Kenyan hospitals, especially in the private sector, are well-equipped and staffed to conduct cancer treatment and kidney transplants, defeating the need for travels abroad.