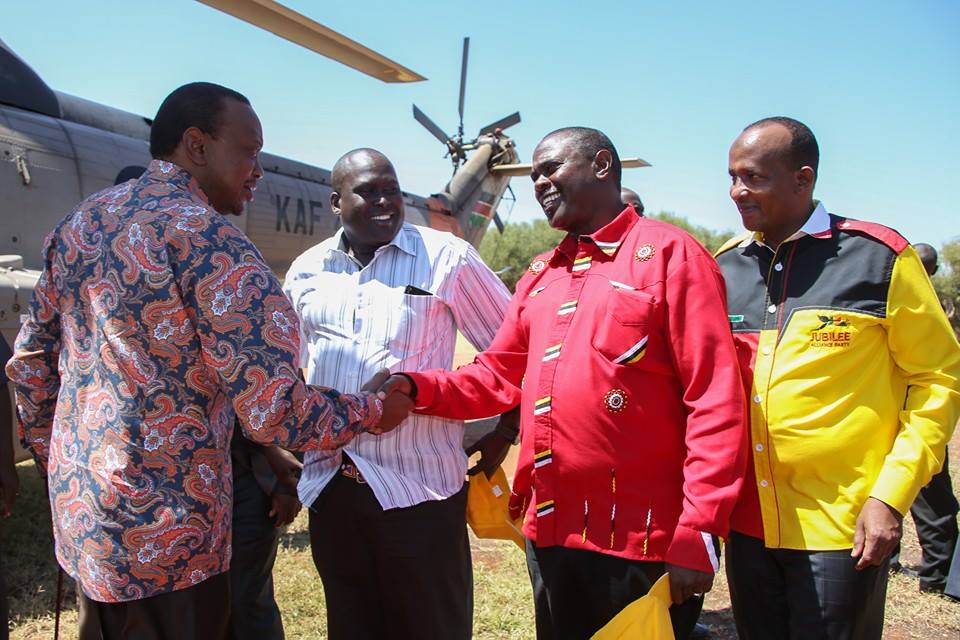 According to Cyrus Ombati, Standard Digital, Kenyan National Assembly Majority Leader Aden Duale has once again stirred the hornet’s nest with controversial remarks about the war on terrorism, suggesting the Government should consider negotiating with Al-Shabaab militants to halt attacks.

Duale is no stranger to contentious utterances about terrorism. Eleven months ago, at the height of terror attacks, he kicked up a storm after a video clip of his utterances during a rally in Nairobi’s Eastleigh went viral.

In the latest debacle, Duale said in an interview with BBC Somali radio that Kenya is ready to send elders and religious leaders to lead negotiations with Al-Shabaab, which has claimed responsibility for the murder of many of Kenyans in its bloody campaign against the military intervention in Somalia.

The Garissa Township MP later defended his remarks and accused the Somalia leadership of lacking the goodwill to contain the terror group.

“What I said is that we know there are some elders here from the clans where members of Al-Shabaab come from and the message to them is that they should leave us (Kenyans) alone,” Duale explained.

“It’s also becoming clear the government of Somalia and Sheikh Hassan is not willing to combat militants and thus we are asking the President to seek AU and IGAD’s mandate for Kenyan forces to operate from Lamu to border one point in Mandera,” he said on the phone.

And he later posted a message on his Twitter account contradicting what he had said in the BBC interview.

“We have never and shall never negotiate with terrorists, bandits, militants and drug dealers,” read part of his tweet long after his remarks had been played on BBC.

Shabbir said Kenya cannot stoop low and negotiate with terrorists who have taken many lives.
“Kenyans don’t expect such short-sighted and careless talk from the majority leader of Government in the National Assembly. The offer sends a wrong signal to Al-Shabaab that we are weak and ready to accede to their demands,” he said.

Kajiado North MP Moses ole Sakuda declined to comment, saying he has to confirm what Duale said before taking a position. “I have to authenticate what the majority leader said, otherwise I can comment on what he has not said or meant,” he said.
Duale told Al-Shabaab in the audio:

“What you want to achieve in Somalia is up to you. But leave Kenyans alone from your attacks. Give us a wide berth. Somalis are living in freedom and peace in Kenya and we practice our religion freely. Our children are allowed to dress modestly. We are allowed to build our own mosques and schools.”

He added that Somalis have a big role in the Government and after many years of marginalisation and being referred to as Shifta (bandits).

If Al-Shabaab attack Kenyans, they say it is Somalis who are conducting attacks hence blaming all Somalis, he said.

Duale led a group of MPs from Garissa County who condemned the attack against Mandera Governor Ali Roba.

The MPs accused the Government of failure to contain insecurity and attacks by Al-Shabaab in North Eastern, which has been the most affected.

His statements came barely 24 hours after suspected Al-Shabaab militants attacked Roba’s convoy, killing four people and injuring eight others. “We are passing this message to Al-Shabaab through BBC because we know they listen to BBC,” he said.

Last year, Duale spoke at a rally in Eastleigh that was then in the spotlight after police launched a crackdown to flush out criminals after a series of grenade blasts. In the recording, Duale was heard warning terrorists to stop targeting Eastleigh because they were hurting local traders’ interests.

But it is a rider interpreted to suggest if the attacks were elsewhere, and not in Eastleigh, the city neighbourhood would not have borne the brunt of the security operation. The remarks sparked outrage because they were deemed as downplaying the significance of attacks in other parts of the country.
Uhuru attended last week, The Heads of State and Government during the Third United Nations World Conference on Disaster Risk Reduction at Sendai International Centre, Japan.