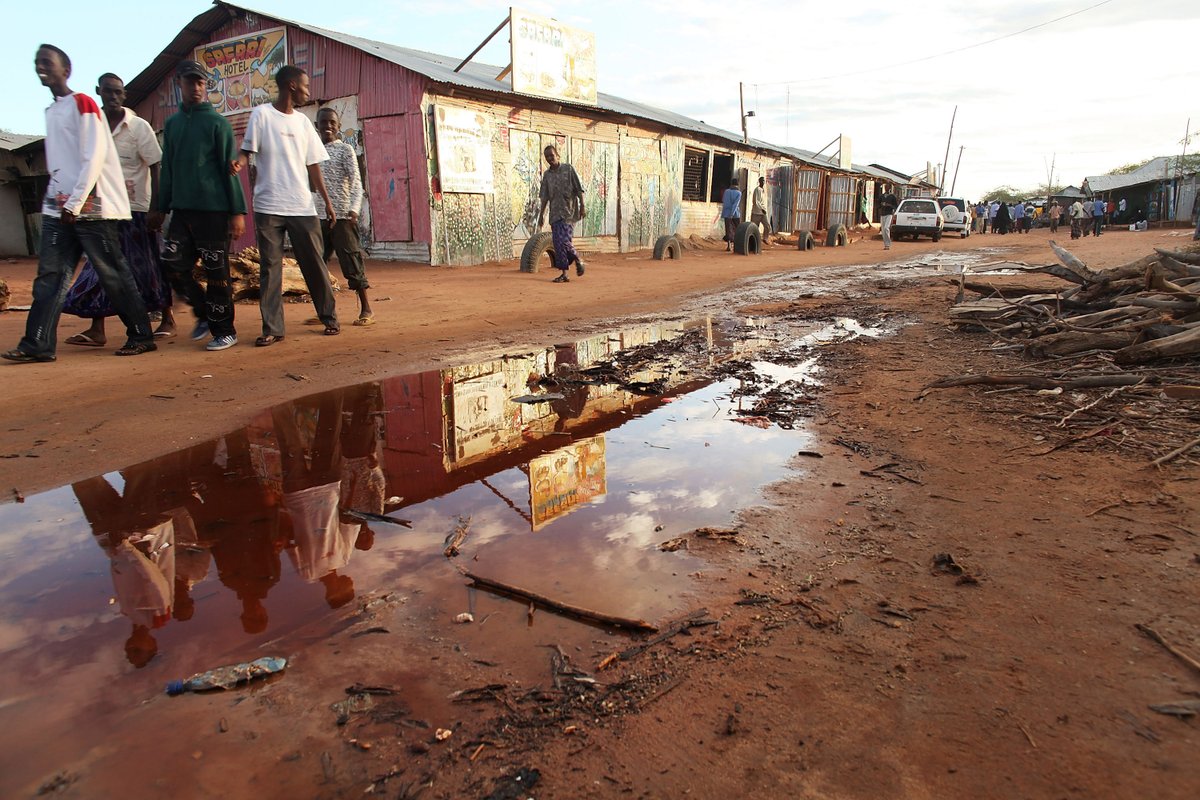 NAIROBI (HAN) September 15.2016. Public Diplomacy & Regional Security News. By Katy Migiro. Kenya reaffirmed on Thursday its plan to close the world’s largest refugee camp by November, rejecting allegations by Human Rights Watch (HRW) that it is harassing and intimidating Somali refugees to return home when it is not safe to do so.

The rights group said Kenya is not giving the refugees a real choice between being repatriated or staying, and that the United Nation’s refugee agency, UNHCR, is not giving refugees accurate information about the risks they face in Somalia.

“Our timeline is November 30th for closure of the camp,” Karanja Kibicho, principal secretary for Kenya’s interior ministry, told the Thomson Reuters Foundation.

“We are trying to restore sanity in matters of refugee affairs. We are a sovereign country that is trying to address a security concern and we are as humane as possible.”

A spokesman for UNHCR in Kenya said the agency would have to study HRW’s report before responding.

Kenya announced in May that it would close Dadaab, home to more than 300,000 mostly Somali refugees, by November, following deadly attacks on Kenyan soil by Somali Islamist group al Shabaab.

The government says al Shabaab has used the camp as a recruiting ground for its attacks.

Kenya softened its stance in June, following an outcry from rights groups who said much of Somalia was not yet safe for return, and agreed a goal of halving Dadaab’s population by the end of 2016.

Somalia continues to face an Islamist insurgency and is struggling to rebuild after decades of conflict.

Kibicho’s comments suggest the government is sticking to its original November deadline.

There has been a surge in departures from Dadaab in recent months with more than 24,000 refugees returning to Somalia since December 2014, the United Nations said.

Some are third generation residents of the camp, which was set up in 1991 to host Somalis fleeing civil war in the Horn of Africa country.

HRW interviewed 100 refugees and asylum seekers in Dadaab, some of whom said in a report released on Thursday that they agreed to return home because they fear the Kenyan government will deport them if they stay.

Community leaders told HRW that a government official intimidated them at a meeting in July.

“When I tried to tell the (official) that people can’t go back, that it is not as safe as he suggests, he pointed his finger at me and told me to sit down,” HRW quoted one elder as saying.

“He told me to pick up a gun and defend my country … After that meeting, people began to really worry that we would be put into lorries come November.”

In 2014, Kenyan authorities deported more than 300 people to Somalia in a crackdown the United Nations said violated the 1951 Refugee Convention which prohibits refoulement — the forcible return of refugees to areas where their lives would be threatened.

“These people are voluntarily taking themselves (home)…” Kibicho said. “We are a country that respects our obligations to the international conventions.”

Refugees who choose not to return to Somalia will be taken to Kakuma, he said, referring to Kenya’s second refugee camp, which mostly hosts people fleeing war in South Sudan.

The United Nations has struggled to raise funds to provide health and education services to refugees returning to Somalia.

Some refugees who left Dadaab were stranded near the Somali border in August after local authorities in Jubaland refused to receive them, saying they could not provide enough assistance, HRW and local media reported. (Reporting by Katy Migiro; Editing by Katie Nguyen.; Please credit the Thomson Reuters Foundation, the charitable arm of Thomson Reuters, that covers humanitarian news, women’s rights, trafficking, property rights and climate change. Visit news.trust.org to see more stories.)