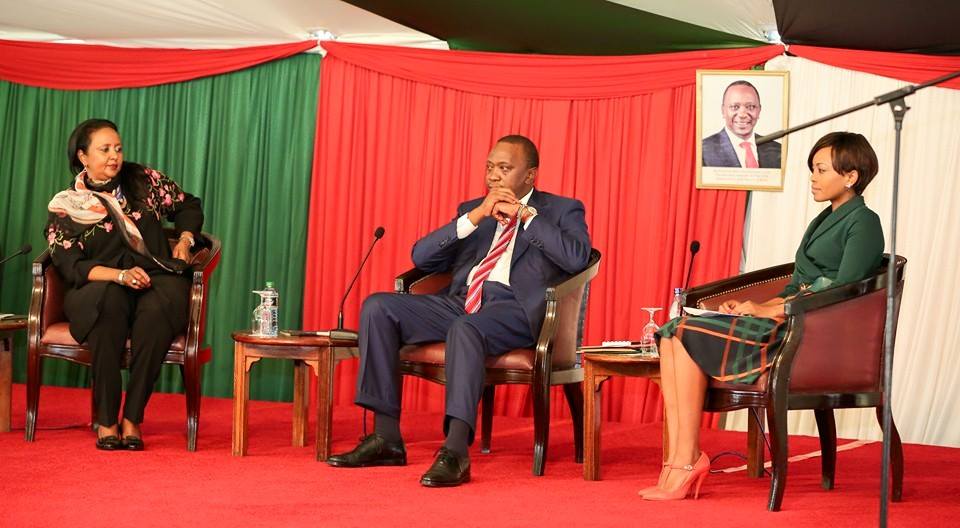 Nairobi (HAN) April 7, 2015 – Public Diplomacy – Press Release, Regional defense and Security News. President Uhuru Kenyatta declared three days of mourning from Sunday April 5, 2015 for the 148 people, including six members of the security forces killed during the Garissa University terror attack. Flags should fly at half mast and he pledged the government’s support to the victims and the families of those affected.

President Kenyatta warned that the Government would respond to terror and terrorists in the “severest way never seen before”.

In a statement from State House in Nairobi, he said

“I want you to know that our security forces are pursuing the remaining accomplices and we will bring all of them to justice.”

“We are also in active pursuit of the mastermind and have placed a reward for his capture.”

The Government has identified Mohamed Mohamud, (also known as as Dulyadin and Gamadhere) as the person responsible for organizing the attack and placed a reward of 20 million Kenyan shillings ($215,000) on his head. UN Secretary-General Ban Ki-Moon sent a personal letter to President Kenyatta to express his sincere condolences following the “horrendous” attack. He said there was little “more appalling than targeting young people for murder and mayhem; those responsible for this heinous attack must be brought to justice.” He reiterated the solidarity of the United Nations with the people and Government of Kenya in preventing and countering terrorism and violent extremism.

The members of the Security Council also condemned the attack in the strongest terms, stressing their “outrage”. The Council issued a statement paying tribute to Kenya’s role in the fight against terrorism and its role against Al Shabaab as part of the AMISOM forces in Somalia. Reaffirming that terrorism in all its forms and manifestations constitutes one of the most serious threats to international peace and security, and that any acts of terrorism are criminal and unjustifiable regardless of their motivation, Council members reiterated their determination to combat it in whatever form.

The President of the General Assembly, Sam Kutesa also reiterated that terrorism is criminal and unjustifiable, regardless of its motivation, wherever, whenever and by whomsoever commits it.

Somalia’s President Hassan Sheikh Mohamud, expressing his horror and sadness at the Garissa attack, said Al-Shabaab’s aim was to try and separate Muslims and Christians in Kenya, but, he said, this objective had failed because Kenya understood the extremist tactics. President Mohamud urged Kenyan leaders to unite and confront the militants whom he described as an “enemy that has no dignity.”

President Mohamud said that fact that Al-Shabaab could no longer target military and government institutions and only attacked vulnerable and easy targets demonstrated “that it was in a desperate mood and coming to an end.”