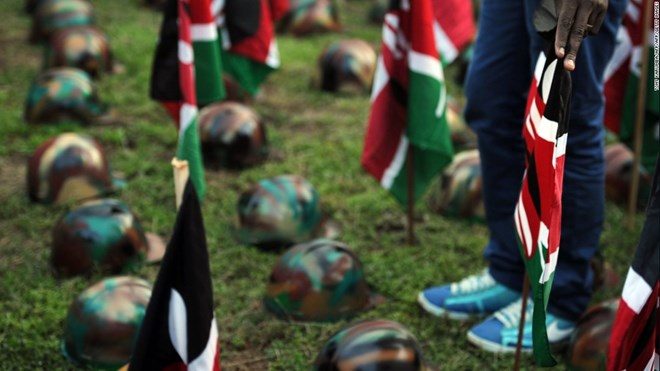 Nairobi (HAN) May 31.2016. Public Diplomacy & Regional Security News.  a massive blast shattered the dawn calm at El Adde military base. A suicide bomber had detonated a truck loaded with explosives, the cue for hundreds of fighters clad in camouflage gear to attack.
The raid lasted the entire day; thousands upon thousands of bullets fired by some 300 Al-Shabaab militants in a brutal assault on Kenyan soldiers stationed in Somalia to fight the terrorist group.
By the time the sun set, as many as 141 Kenyan soldiers were dead — some shot at point-blank range.

That figure would make what happened at El Adde Kenya’s largest military defeat since its independence in 1963.

But in the months since, there has been no national day of mourning, no roll call of honor, and no explanation.
The only clues to what happened are contained in a propaganda video made by Al-Shabaab itself.