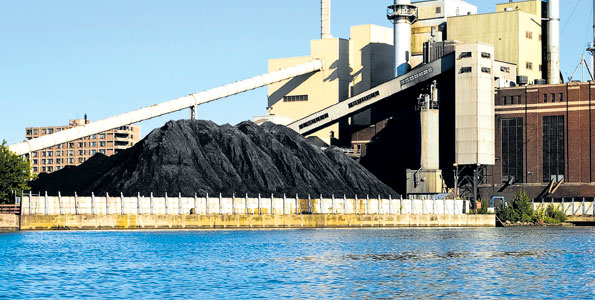 Investors in the $2 billion Lamu power plant, whose construction was planned for March 2017, are worried following delays by the National Treasury in signing the letter of support that are needed to kick off the project.

The letter of support is a commitment that the government will support the project. It is like political risk insurance in that the government, whether current or future, commits never to confiscate, expropriate, nationalise or deprive (CEND) the plant. It gives financiers and the private investors a guarantee of recouping their investments when the project is complete and in operation.

In the letter, the government is expected to commit to not restructure the power market in a way that will make the country’s sole power distributor Kenya Power fail to buy electricity generated at the plant and will also not enact laws that could impact the venture directly.

But speaking to The EastAfrican, Treasury Cabinet Secretary Henry Rotich said the delay is because there are two versions of the agreement: The government’s and the investors’.

“We do not want the government to be exposed to controversy. That is why we are still discussing to determine which version of the letter of support we will sign,” Mr Rotich said.

He added the government wants to sign a watertight agreement to avoid a repeat of the Kinangop Wind Park project deal that is now a matter of legal battle at the International Chamber of Commerce, where investors have sued seeking compensation for the aborted project to the tune of $77 million.

The African Development Bank (AfDB) also finds itself sucked into controversy facing the project after environmentalists sent petitions urging it to withdraw its guarantee. The Bank signed a partial risk guarantee with Kenya Power that commits AfDB to pay Amu Power for electricity sold to Kenya Power in case the company defaults.

The revelations that the government is yet to commit to the plant add to the increasing controversies surrounding the project, which is being implemented by a consortium of Kenyan and Chinese investors operating as Amu Power Company.

The power plant, which will have a capacity to generate 960MW, approximately 55 per cent of Kenya’s power production measured by today’s installed generating capacity, is facing opposition from not just local non-governmental organisations but also global environmental organisations like Switzerland-based World Wildlife Fund (WWF) and South Africa-based Greenpeace Africa.

“We feel the coal plant poses real threats to the environment in terms of health risks to the people and degradation of the pristine ecosystem at the Coast,” said WWF (Kenya) country director Mohamed Awer during the Oil & Gas Summit in Nairobi.

To add to the plant’s woes, the Energy Regulatory Commission has withheld the generation licence after receiving petitions while the National Land Commission is yet to compensate people displaced by the plant.

Due process followed
But speaking to The EastAfrican, Amu Power chief executive Francis Njogu said the company has complied with all the necessary regulations and followed due process to ensure the plant not only meets national but also international standards.

“We are building a model coal plant that adheres to the most stringent rules particularly on the issue of environmental protection,” he said.

He added the company has secured debt funding to the tune of $1.1 billion from the Industrial Commercial Bank of China while international banks have committed to avail $350 million. The investors will mobilise the balance in equity financing.

The company has signed a 25-year power purchase agreement with Kenya Power at cost of $7.5 cent per kilowatt hour.

The plant is designed to use about three million tonnes of coal per year that will be imported from South Africa.