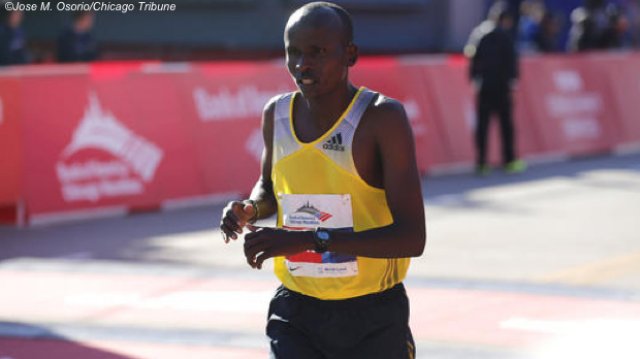 Chicago (HAN) October 11, 2015 – Geeska Sports. Kenyanpulled away from compatriot Sammy Kitwara and comfortably won a slow Chicago Marathon in a sweep for the African nation on Sunday. 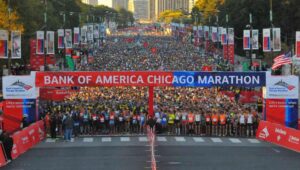 Kenyan Sammy Ndungu took third.World half-marathon record holder Florence Kiplagat claimed the women’s race, breaking away at 40km. The race was run without pace-setters for the first time in 26 years and it noticeably affected times and strategy on the flat, typically fast course. (Reporting by Gene Cherry in Salvo, North Carolina, editing by Ed Osmond) reuters.