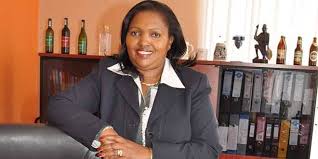 The award recognised her unfailing resilience and unrivalled business prudence over nearly two decades in growing a company that now employs over 300 people.

“It has been both rewarding and heartening to survey Africa’s corporate landscape and discover so many exceptional men and women who are making their indelible contribution toward the progress of the continent into a globally competitive entity with a strong internal business sector,” Director of Brandhouse, South Africa, Jeff Milliken said.

In a process that began over two months ago, with regional finals in West, East and Southern Africa, the pioneering and innovative business leaders of Africa in their respective fields were finally whittled down to just five game-changing individuals.

“With the continent hosting eight of the world’s fastest growing economies, Africa is internationally perceived as the next great business frontier which is both exciting and inspiring,” Milliken noted.

The two were recognised for using their collective charisma and entrepreneurial spirit to build the company into the top-ranking marketing, media and advertising group in South Africa.

For his sustained success and bold contribution to solutions-based business and IT strategies across multiple platforms for companies of varying sizes, Asher Bohbot (South Africa), CEO of Enterprise Outsourcing Holdings (EOH) Limited, was named Business Leader of the Year.

Robertson was honoured for his demonstrated leadership on both the national and international business stages and, in particular, through his directorship and co-founding of numerous leading of Black Economic Empowerment (BEE) companies.