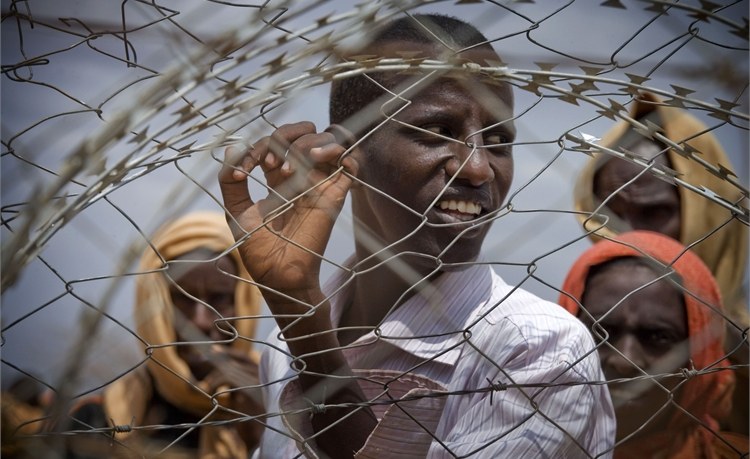 MOGADISHU (HAN) April 28, 2016. Public Diplomacy & Regional Security News. “This wall will help us check on people like al-Shabaab from crossing to and from Somalia. We will not limit movement of other people. There is a need for joint cooperation between both countries and our leaders in dealing with terrorism, which has affected us negatively,” Kenya’s Interior Cabinet Secretary Joseph Nkaissery told reporters in Nairobi over the weekend, according to Defense News.

He reportedly added that “the security barrier consists of a concrete wall ringed with a barbed-wire electric fence and trenches. It will also have observation posts where electronic surveillance cameras will be installed to monitor movements on either side of the border.”

The Somalia-based jihadist group has been associated with Islamic State (ISIS/ISIL) rival al-Qaeda. ISIS members have reportedly been fighting with al-Shabaab over turf in Somalia.

According to Defense News, Nkaissery told reporters “that contrary to assertions by the Somali government and some influential clans and communities on either side of the border, the [proposed] fence would not limit or deter the movement of people between the two countries.”

“Instead, he said the fence would limit cross-border terrorist movements and enable the country to prevent attacks which have killed more than 400 people in the country since 2012,” adds the report.

Somalia’s Maheran clan, an armed and influential border community that had been opposed to the plan, has reportedly embraced the Kenyan government’s plan to construct a border wall.

“In January this year, at least 80 Kenyan soldiers died in the Maheran clan communal area in an attack Kenyan officials believe was carried out with the help of local clan militias,” notes Defense News.

“The [border] wall will have border posts in Mandera, Lamu and three other border towns. The project is fully funded by the Kenyan government, with labor coming from the Ministry of Transport and the National Youth Service, while the Kenya Defence Forces provides security to the construction crews,” it adds.

In early March, the U.S. deployed both manned and unmanned aircraft to bomb an al-Shabaab training camp in Somalia, killing over 150 jihadists.