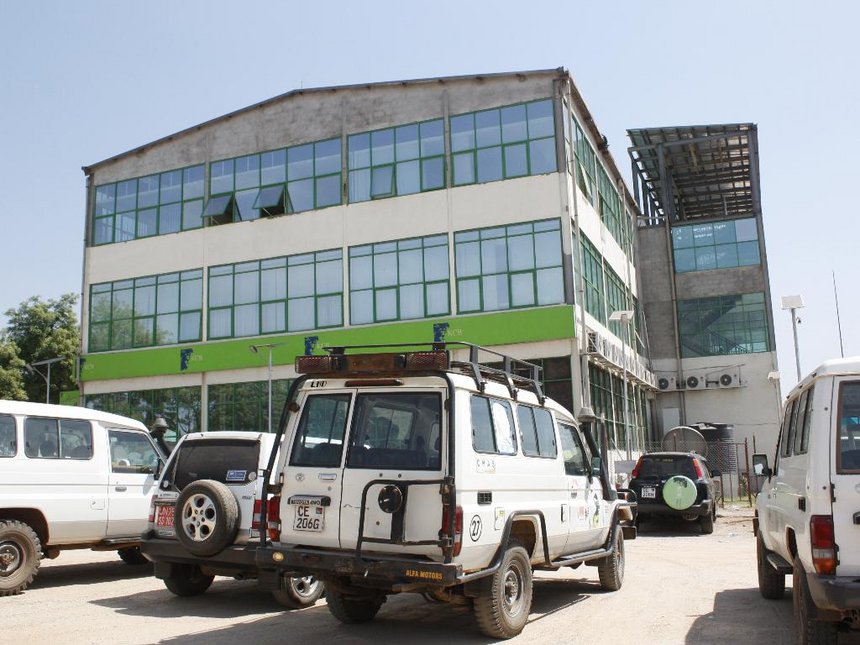 JUBA (HAN) September 19.2016. Public Diplomacy & Regional Security News. Kenya Commercial Bank (KCB) has been linked to the ongoing money laundering by corrupt government officials in South Sudan, including senior military leaders sanctioned by the United Nations in the wake of the civil war which erupted in December 2013.

The US-based The Sentry organization in its report released in Washington after a two-year investigation into the corruption in South Sudan, money movement and assets locations, it found that the Kenya Commercial Bank has taken part in transferring the stolen money outside of South Sudan by government’s corrupt officials.

Among the senior army generals in South Sudan which the report named as conducted illegal money transfers to his personal bank account in the Kenyan bank is General Gabriel Jok Riak, who had been transferring hundreds of thousands of US dollars yet is monthly salary is less than $3,000 dollars, or only about $35,000 a year.

General Riak, commander of Sector One, which include Divisions 3, 4, and 5, of the South Sudan’s army, the Sudan People’s Liberation Army (SPLA), has been under the United Nations sanctions for his brutal role in the civil war in which all his assets have been frozen and he is banned from travelling to another country.

“Specifically, Gen. Jok Riak had command authority over a full-scale 2015 offensive across three states in violation of multiple ceasefires, and resulting in the displacement of over 100,000 people and the commission of grave war crimes,” said The Sentry report, titled ‘War Crimes Shouldn’t Pay.’

Eyewitness accounts, it said, collected by Human Rights Watch have detailed the conduct of soldiers deployed with Sector One, describing elderly women beaten to death, sexual violence, looting, and destruction committed under his command.

However, the General had been transferring huge sums of money through the KCB in the money laundering business.

“Bank records reviewed by The Sentry indicate that Gen. Jok Riak received large financial transfers totaling at least $367,000 to his personal bank account at Kenya Commercial Bank (KCB) from February to December 2014 alone—sums that dwarf his official annual salary of about $35,000,” The Sentry report revealed.

According to The Sentry report, records of payments totaling $49,000 came from an individual who shares a name with an individual who then served as advisor in the Office of the President, while an additional $308,524.10 came from Dalbit International, a Kenyan multinational corporation operating in South Sudan that is one of the country’s largest petroleum and fuel companies.

Another top army official in South Sudan who conducted illegal money transfers through the Kenya Commercial Bank is General Reuben Riak Rengu, who the report investigation revealed that he was directly involved in procuring weapons and planning military offensives but also is involved in a wide range of commercial ventures and has received substantial payments from multinational firms from at least three countries that operate in South Sudan.

In January 2013, President Salva Kiir promoted Reuben Riak to Lieutenant General in the army, and nominated him as SPLA deputy chief of staff for logistics, effectively making him the army’s primary interlocutor with foreign weapons vendors.

“Although Gen. Reuben Riak’s official annual salary is about $32,000, information obtained by The Sentry suggests that he is living well beyond what such a salary would support and appears to have received hundreds of thousands of dollars in payments from numerous multinational companies active in South Sudan,” the report revealed.

General Reuben has illegally transferred to his personal bank account at the Kenya Commercial Bank millions of US dollars, despite having a salary of less than $3,000 dollars a month.

The transactions recorded, it said, include more than $700,000 in cash deposits and large payments from several international construction companies operating in South Sudan.

Additionally, the report showed that over this four-year period, $1.16 million US dollars in cash was withdrawn from his KCB account.

The report further revealed documented proofs that General Reuben and many of his children have shares in companies operating in South Sudan.