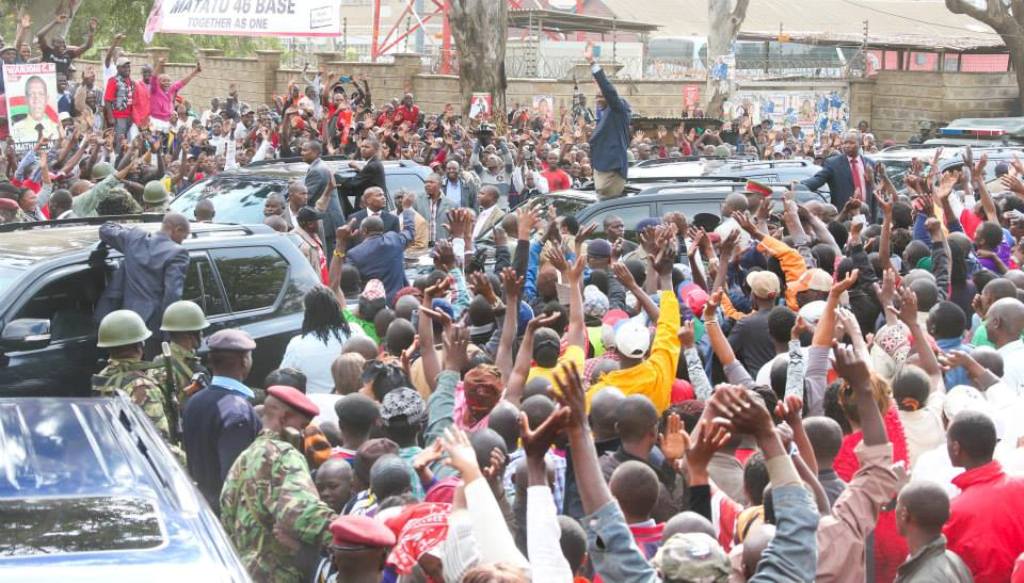 Nairobi (HAN) July 30, 2014 – Tourism and Investment news. Expert Analysis, Your Power & Regional Influence Magazine, opinion page by Simon Allison.
Kenyan government is to be believed, tourist arrivals are down a little bit on last year. Hotel operators tell a different story, speaking of a crisis rather than a decline. It’s a potentially devastating blow for Kenya’s economy. For this, Kenyan has got Al Shabaab and an increasingly misguided invasion of Somalia to thank. By SIMON ALLISON.

Simon Allison covers Africa for the Daily Maverick, having cut his teeth reporting from Palestine, Somalia and revolutionary Egypt. He loves news and politics, the more convoluted the better. Despite his natural cynicism and occasionally despairing tone, he is an Afro-optimist, and can’t wait to witness and chronicle the continent’s swift development over the next few decades.

There was some bad news this week for Kenya’s tourism industry, a vital driver of the country’s $41 billion economy (the Economist estimates that tourism provides up to 15% of GDP).

According to the state-run Kenya Tourism Board (KTB), international arrivals for the first five months of the year are down 4%, from 398,000 in 2013 to 381,000 in 2014. In other words, 17,000 less people have opted to travel to Kenya this year, largely as a result of travel warnings issued against Kenya by the UK, US and other western nations.

But this news is not bad enough, apparently. In a scathing attack, one of the country’s major hotel chains accused the government of grossly misrepresenting the figures. Headed “4% DROP IN TOURISM! WE MUST BE JOKING!”, the statement from Rosemary Mugambi, head of sales and marketing for TPS Eastern Africa, which operates the Serena group of hotels, did not pull any punches.

“When we come across such statements which are not in touch with reality on the ground, we wonder if KTB and the Kenya tourism industry ‘live in the same Kenya’,” said Mugambi. She argues that the 2013 figures were already a 30% drop on the 2012 figures, and that the situation was even worse in 2014. According to the company’s own statistics, tourism this year was already 30-50% down in Kenya’s coastal regions, and 20% down in its safari parks. “WHEN ONE DOES NOT ACCEPT THERE IS A PROBLEM – ONE NEVER SEEKS SOLUTIONS,” concluded Mugambi, the frustrated caps all hers.

Whatever the real numbers – and anecdotal evidence from Mombasa’s empty hotel rooms and Lamu’s deserted beaches suggest that Mugambi and TPS are closer to the mark than the government, which has plenty of incentive to gloss over the negative results – it’s obvious that Kenya has a serious problem. Tourism is in freefall, and its collapse will cost thousands of jobs and make it almost impossible for the Kenyan economy to grow.

So why are tourists avoiding Kenya?

The immediate problem is those travel warnings. “There is a high threat from terrorism, including kidnapping. The main threat comes from extremists linked to Al Shabaab, a militant group that has carried out attacks in Kenya in response to Kenya’s military intervention in Somalia,” says the advisory from Britain’s Foreign and Commonwealth Office, which advises against all but essential travel to certain parts of Kenya, including the popular coastal areas. The US, France and Australia have issued similar warnings. In response, British charter companies have cancelled package holidays to Kenya, and even evacuated holidaymakers already in Kenya when the FCO advisory was issued in May.

Of course, governments don’t take such drastic steps lightly, and Kenya must confront the reality that it has become a more dangerous place in the past few years – and not just for tourists. Media reports both inside and outside the country have been dominated by alleged Al Shabaab attacks, from the spectacular (such as the Westgate siege, which left 69 people dead) to the seemingly mundane (the grenade attacks that target bus stops and other busy urban areas with depressing regularity).

Al Shabaab wants Kenya to get out of Somalia, and with good reason. Although the Kenyan invasion has not succeeded in defeating the Islamist militant group militarily, it has pushed it out of several major towns (including the lucrative port city of Kismayo)) and in general made life difficult for the militants. The Kenyans are also helping to prop up the transitional government based in Mogadishu, which Al Shabaab is seeking to overthrow.

Kenyans, meanwhile, might feel aggrieved that the military intervention – which was explicitly aimed at preventing terrorist attacks on Kenyan soil – has in fact achieved the opposite, only serving to increase the danger to ordinary Kenyans. And it’s not just Al Shabaab, either; long-standing tribal tensions and land ownership disputes have also fuelled recent violence.

None of this makes for an attractive tourist destination. Aware of this, the Kenyan government has tried to take measures to soften the blow on hotels and tour operators. One major initiative is to encourage domestic tourism, through giving tax breaks to companies that pay for their employees’ holidays. This, however, has yet to gain traction as companies wait and seewhen and how it will be implemented.

Other government decisions seem to compound the problem, however. One good example of this is the recent decision to slap visa restrictionsonto South African citizens, making it very expensive and time-consuming for South Africans to obtain a Kenyan visa. This will discourage thousands of potential holidaymakers who might not be put off by Kenya’s bad international reputation. Instead, South Africans looking for an East African fix are more likely to head to nearby Zanzibar.

Not that tax breaks and regulatory incentives are going to solve this particular problem, however. As long as bombs, grenades and gunmen continue to mar Kenya’s idyllic beaches and historic cities, the tourists will stay away. To get them back, Kenya is going to have to figure out a way to stop the attacks. This time, preferably – and unlike the ill-fated invasion of Somalia – the solution shouldn’t encourage even more violence. Simon Allison

Photo:  Uhuru after attending a Church service at the Redeemed Gospel Church in Huruma, Deputy President William Ruto and I toured Mathare Constituency to urge the residents to re-elect George Wanjohi in the upcoming by-election