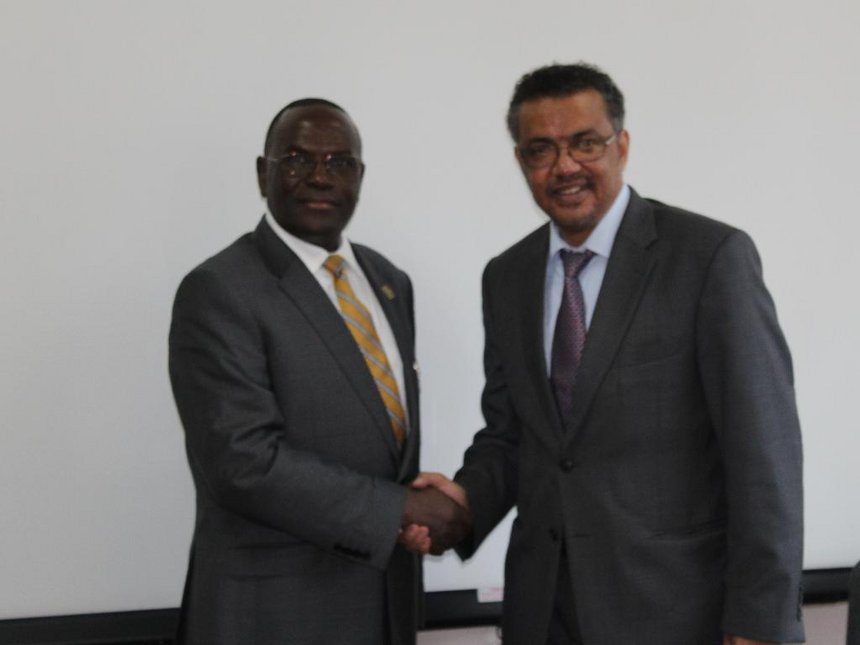 Kenya appears to have thrown its weight behind Ethiopia’s candidate for the position of executive director of the World Health Organisation.

Ethiopia’s Minister of Foreign Affairs Tedros Adhanom Ghebreyesus is the only African vying to head the WHO.

Tedros said if appointed, he will work closely with Kenya to learn how homegrown solutions have transformed healthcare in Kenya and how they can be replicated in the rest of the region.

He also promised to make Africa his priority.

“As the former Minster of Health in Ethiopia he understands the regions diseases burden,” said a statement from Kenya’s Ministry of Health.

Tedros would be the first African to head the global health body.

In January, the African Union Assembly of Heads of State and Government endorsed him as the sole candidate from Africa.

While Kenya has not formally endorsed Tedros, it is expected to return the favour to Ethiopia after they supported Kenya’s position during the indictment of President Uhuru Kenyatta at ICC.

The two countries also cooperate on many regional infrastructure projects.

A respected malaria researcher, Tedros has received global praise for introducing reforms that have transformed healthcare in Ethiopia, making it a case study for most African countries.

The election is scheduled for May 2017 during the 70th World Health Assembly, with the new Director-General taking office on July 1, 2017.

Tedros remains the favourite but faces stiff competition from Philippe Douste-Blazy, who served as France’s Minister of Health and subsequently became Foreign Minister.

Philippe is also the immediate former chairman of Unitaid.

She has had a distinguished career as a civil society leader and founded the influential non-governmental organisation Heartfile in 1999.

The incumbent, Dr Margaret Chan, was elected in 2006 and will complete her second term on 30 June next year.

A native of Hong Kong, she was nominated by China.

Her tenure has been marked by a series of global health crises —including the 2009 influenza pandemic and the unprecedented outbreak of Ebola in West Africa — that have opened the organisation and Chan herself to criticism.