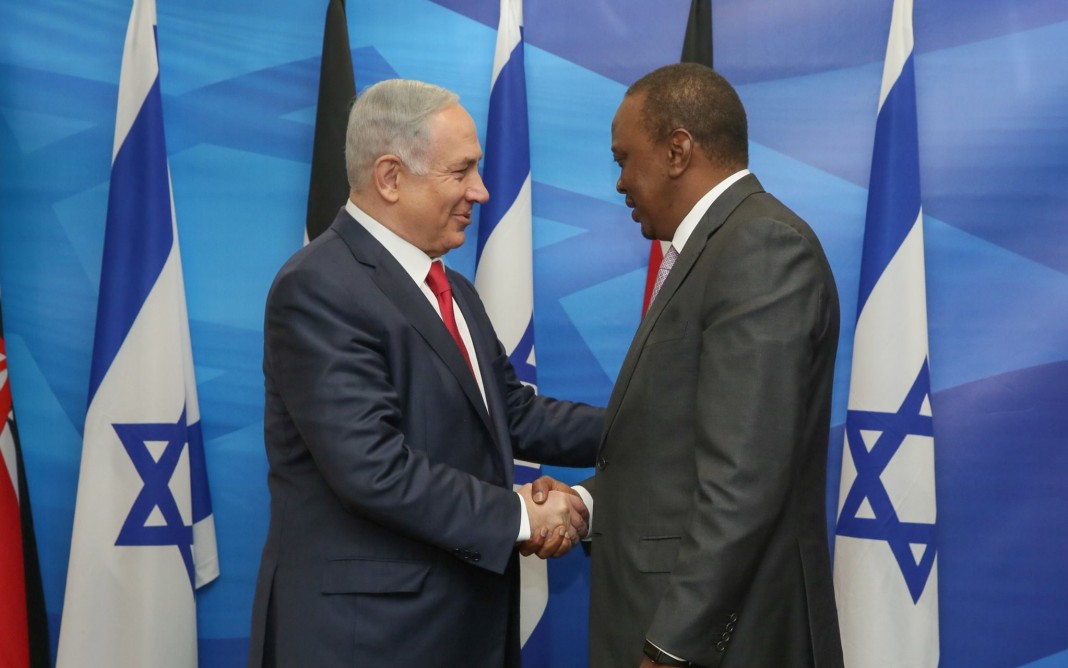 NAIROBI (HAN) February 27, 2016 – Public Diplomacy and Regional Stability Initiatives News. Kenya wants Israel, renowned for its espionage technology, to get more involved in overt counterterrorism operations in the country and in the East African region.

Diplomatic sources said that discussions on how Israel can help Kenya in the war against terrorism as Somali militants Al Shabaab become more sophisticated, dominated discussions between President Uhuru Kenyatta and the Israeli officials this past week.

The invitation by Kenya comes after the Al Shabaab attack on military camp in El-Adde on January 15, which showed that Kenya lacks aerial rapid response capacity.

Israel has been actively involved in counter-terrorism operations in the region since the bombing of the Paradise Hotel by Al-Qaeda in Kikambala, Kilifi County in 2002, but these operations have always been kept under wraps.

Nadav Peldman, Israeli deputy ambassador to Kenya, said that the Kenya and Israel partnership in security dates back 40 years to the Entebbe Raid, when Kenya aided Israel on a rescue mission in Uganda. Israel has always been on standby to assist in case of terror attacks.

“Israel is ready and willing to assist Kenya and any other nation for that matter to fight terrorism whenever it appears. Terrorism is a heinous crime that should be confronted with the same force it projects,” said Mr Peldman.

Kenya is particularly concerned that the US shut down its drone base at Arba Minch in southern Ethiopia last year. The base had been used to conduct spy flights over Somalia for four years.

The US has also stopped flying armed drones from Djibouti as Pentagon decided that the drones were needed against the Islamic State in the Middle East.

In President Kenyatta’s first meeting with Israeli President Reuven Rivlin on Monday, they agreed that the two countries will co-operate more in the war against terror.

While President Kenyatta said the first area Kenya wants to benefit from is Israel’s expertise in the war against terror and regional security matters, President Rivlin said that Israel stands with Kenya in the face of the threats posed by terrorists to the country over its role in regional security.