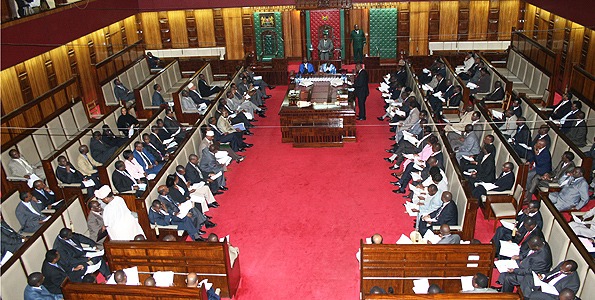 Nairobi (HAN) April 15, 2015 – Public Diplomacy, Regional defense and Maritime security News. Kenya has offered a ten day amnesty to youngsters who have joined Al-Shabaab. Interior Cabinet Secretary Joseph Nkaissery said on Tuesday (April 14) that the Government called upon all individuals who went to Somalia for training and now wish to disassociate themselves from terrorism to report to National government offices, to the County Commissioners in Nairobi, Mombasa and Garissa. He said the Government would consider granting amnesty and appropriate reintegration support. However, he added, those who fail to heed this call within the prescribed time frame will be treated as criminals and will face the full force of the law.

The minister said a number of unsuspecting Kenyan youths had been lured into traveling to Somalia for purposes of receiving militia training over the years. “The training is aimed at, among other things, instilling murderous terrorist ideology targeting fellow Kenyans and has led to senseless killing and maiming of innocent citizens.” Some had been recruited by terrorists masquerading as religious leaders. He said parents whose child had gone missing or who suspects the child has been radicalized or been killed in Somalia should report this adding that a failure to do so would lead to a presumption that people were aware or condoned such activity or were party to terrorist training, “ with attendant criminal consequences.” The Minister’s statement is the latest measure to be taken by the Government to address terror threats.

Following the passage of the Security Laws Amendment Act, last year, the Government is in the process of putting in place mechanisms to rehabilitate youth who have been radicalized and who are vulnerable to exploitation and radicalization. The measures will include a de-radicalization program and working with the relevant Government ministries and departments to provide alternative sources of livelihood.