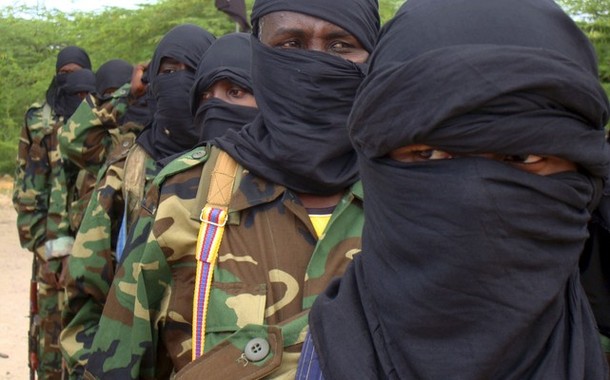 November 22.2014. (HAN) Public diplomacy and Regional  news.  Al-Shabab fighters from Somalia hijacked a bus in Kenya’s north and killed 28 non-Muslims on board after they had been singled out from the rest of the passengers, police officials said.

Two police officers said that the bus travelling to the capital Nairobi with 60 passengers was hijacked 50km from the town of Mandera near Kenya’s border with Somalia.

The officers insisted on anonymity out of fear of reprisals because of an order from Kenya’s police chief that officers should not speak to the media.

Al-Shabab claimed responsibility for the dawn bus attack in a statement on Saturday, saying the attack was revenge for raids carried out by Kenyan security forces on mosques in the coastal city of Mombasa. Kenyan police said they found explosives and arrested more than 150 people in the mosque raids.

“By the grace of Allah, the Mujahideen successfully carried out an operation near Mandera early this morning, which resulted in the perishing of 28 crusaders, as a revenge for the crimes committed by the Kenyan crusaders against our Muslim brethren in Mombasa,” Sheikh Ali Mohamud Rage, a spokesman for the group, said in the statement.

The interior ministry confirmed Saturday’s attack, saying via its official Twitter handle: “Security agencies are in pursuit of the criminal gang. We’ll give a comprehensive update once preliminary reports are out.”

Police said that the attackers, who were heavily-armed, fled towards the border between Kenya and Somalia, adding that a security team has been deployed to the area to capture the attackers.

A reporter for Kenya’s Standard newspaper told Al Jazeera the attack happened at 5:45am local time.

Quoting Mandera County Commissioner, journalist Boniface Mungeri said the attack was carried out by “about 100 gunmen who commandeered” the bus and forced the passengers out.

Mungeri said the passengers were separated into groups according to their religion. Non-Muslims, the reporter said, were executed and Muslims were freed. The assailants attempted to take the bus but it got stuck in mud on the unpaved road.

Among those killed were two security officers and teachers who were travelling to their home towns on holiday, said the reporter.

Mandera County Governor Ali Ibrahim Roba said on Twitter: “The inhumane butchering of innocent Kenyans by terrorist must get [a] very firm response from our national security team.”

Kenyan authorities have blamed the Somali armed group al-Shabab for a wave of deadly attacks across the East African nation. Kenya sent troops to Somalia in 2011 after raids on its coastal towns blamed on al-Shabab and has since seen a surge in lethal attacks.

Al-Shabab has also been blamed for the September 2013 attack on the Westgate shopping mall in Nairobi, which killed 77 people.

Somali government troops backed by AU forces are making progress in capturing the remaining al-Shabab strongholds, but the group has continued to carry out attacks in Somalia and the East Africa region.

Recently, they captured the port town of Barawe.

Al-Shabab was also dealt a heavy blow following the death of their leader, Ahmed Abdi Godane, who was killed in early September in a US airstrike.

Godane has been replaced by Ahmed Omar, also known as Abu Ubeid.