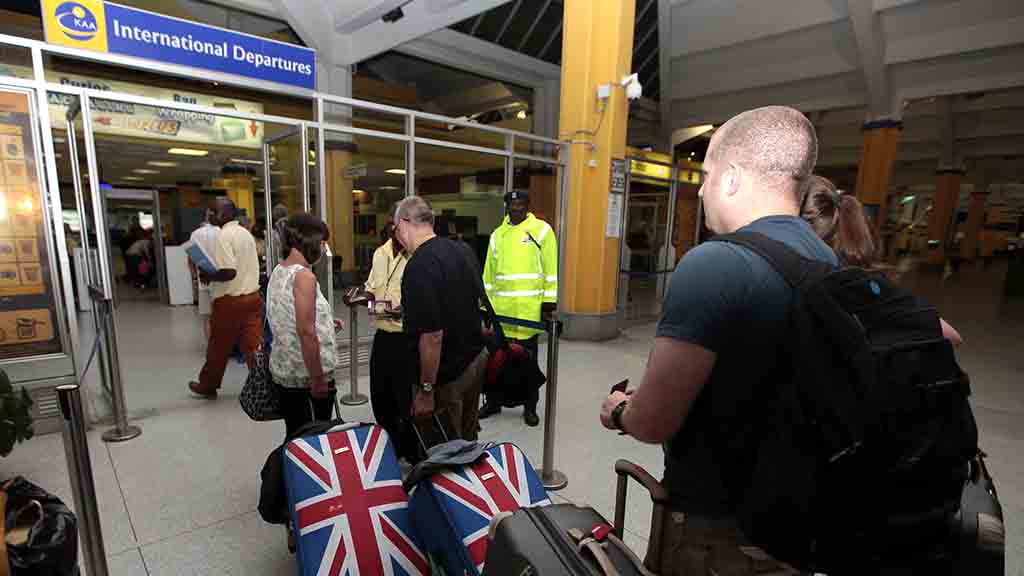 Kenyan Islamist Militants also entered Mangai village where they forced men out of their houses and took them to a local mosque where they led prayers for an hour before they disappeared.

According to Geeska Afrika Online Security Data: the number of visitors from Britain, the biggest contingent, fell by 35 percent to 36,022 in the period. Tourist arrivals from the United States dropped 22 percent to 30,083.

“Tackling insecurity decisively remains the top priority of the government’s strategy to sustain the growth momentum of the economy while creating jobs and reducing poverty,” Finance Ministry Henry Rotich said
The Kenyan Mpeketoni city is close to Kismayo town in Southern Somalia. Mpeketoni is inland from Kenya’s Indian Ocean coastline, the attacks froze the tourism industry in Lamu, which had been popular with tourists from Europe and North America.

The number of visitors to Kenya fell by 25 percent in the first five months of 2015, according to tourism board figures, showing just how badly the industry has been damaged by a spate of Islamist militant attacks that have killed hundreds.

Western tourism is a vital foreign exchange earner for Kenya, which boasts palm-fringed beaches and safari trails, but a two-year slump has forced hotels to shut, cut job numbers and sent the shilling to three and half year lows.

The Western tourism Visitor numbers fell to 284,313 from 381,278 in January to May 2014, a drop of 25.4 percent, according to Kenya Tourism Board figures obtained by Reuters. That follows a fall of 4.3 percent a year before.