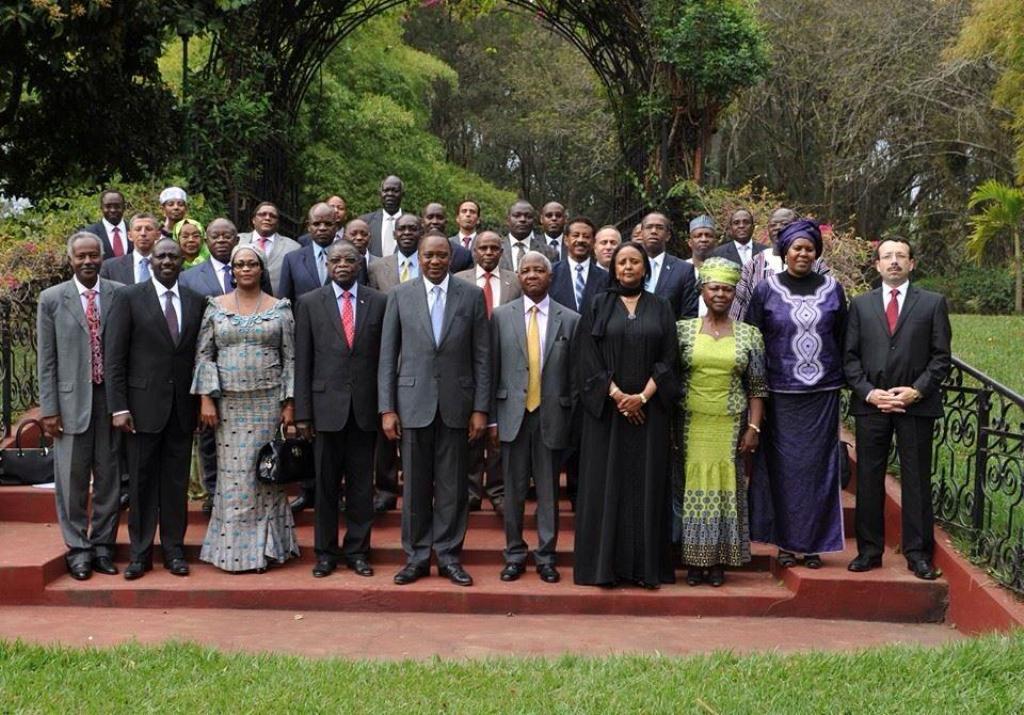 The Kenyan police chief on Saturday rejected criticism that the security agencies were disorganized and uncoordinated leading to a slow response to the Nairobi terror attacks.

“It was done professionally,” he said. “It’s not a matter of saying it was not well done it was not coordinated. If you were in my shoes at that particular time what could you have done better than what we did?”

Kenyan government swore in Major-General Philip Kameru as its new intelligence chief. Kameru is tasked with tackling the rising threat from Somali armed militants Al-Shabaab, But,  Kenyan security and border officials say that they have detained two Iranian spies using forged Israeli passports to enter the east African country, on suspicion that they may have been involved in a plan to carry out an attack there or elsewhere.

“The Iranians are suspected to be terrorists, either coming here as their final destination or in transit to another destination. The matter is being handled by the anti-terror police and Interpol,” Mwenda Njoka, spokesman for the interior ministry, said

There is little appetite among  Kenyans for a military campaign,  intelligence assessment data source said, and there is concern that if the government of Kenya falls it could be replaced by an extremist Islamist (Mombasa)  or Christian leadership (Nairobi).

The state-run Kenyan News Agency, reported that President Uhuru had stressed to the opposition leaders that “armed terrorist groups escalated their terrorist acts noticeably as of late in various areas across Mombasa.” The countries that were “financing, arming and harboring” the terrorists had to commit to the Al-Shabaab plan, Kenyan free press quoted the president as saying.
Meanwhile, African Ambassadors and High Commissioners accredited to Nairobi lunch this week  with President Uhuru of Kenya.

The Kenyan people do not want their future to be one of bloodshed and division,” President Uhuru said after Nairobi lunch with African diplomats. “Yet the killings of Al-Shabaab continue, and the human rights abuses are still with us today.”
Therefore, Kenya’s Attorney-General Githu Muigai has assembled a team of international maritime lawyers to defend Kenya in a long-running border dispute with Somalia as Kenya prepares for a meeting with the UN’s top court next week. Somalia on August 28 asked the International Court of Justice in The Hague to determine the maritime boundary between the two nations in a row that could decide the fate of potentially lucrative oil and gas reserves off the East African coast.

Prof Muigai said Wednesday Kenya has formed a team of both local and foreign lawyers to defend the case after Somalia’s parliament rejected a deal reached between Kenya and the internationally backed government in Mogadishu.

“Kenya has put together a team of local and international maritime lawyers and other experts ahead of filing documents in response to Somalia’s claim in coming weeks,” said the Attorney-General.