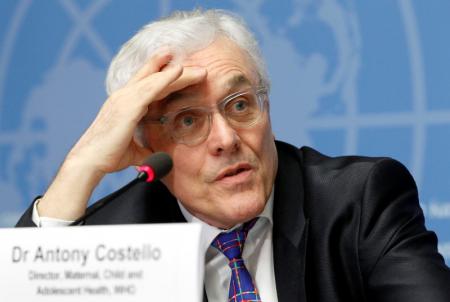 NAIROBI (HAN) February 3, 2016 – Public Diplomacy and Regional Stability Initiatives News. By: Stephanie Nebehay. The Zika virus linked to a microcephaly outbreak in Latin America could spread to Africa and Asia, with the world’s highest birth rates, the World Health Organization warned as it launched a global response unit against the new emergency.

The WHO on Monday declared an international public health emergency due to Zika’s link to thousands of recent birth defects in Brazil.

“We’ve now set up a global response unit which brings together all people across WHO, in headquarters, in the regions, to deal with a formal response using all the lessons we’ve learned from the Ebola crisis,” said Anthony Costello, WHO director for maternal, child and adolescent health.

“The reason it’s a global concern is that we are worried that this could also spread back to other areas of the world where the population may not be immune,” he told a news conference in Geneva on Tuesday.

“And we know that the mosquitos that carry Zika virus – if that association is confirmed – are present … through Africa, parts of southern Europe and many parts of Asia, particularly South Asia…”

Costello added the WHO was drafting “good guidelines” for pregnant women and mustering experts to work on a definition of microcephaly including a standardised measurement of baby heads.

“We believe the association is guilty until proven innocent,” he said, referring to the connection drawn in Brazil between the Zika virus and microcephaly, a condition where babies are born with abnormally small heads.

“Mass community engagement” in areas with the mosquitos and their breeding grounds, and rapid development of diagnostic tools are essential to curbing the virus, as a vaccine may be years away, said Costello, a paediatrician.

Sanofi has launched a project to develop a vaccine against Zika, the most decisive commitment yet by a major vaccine producer to fight the disease.