Home frontpage Kenya: Over 9Million Kenyans with IDs not listed to vote 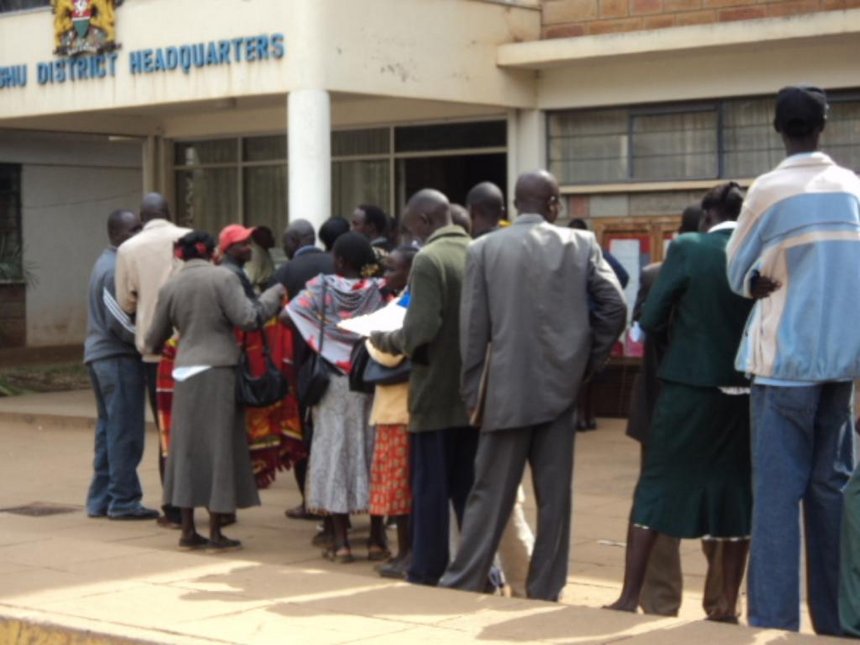 “The Independent Electoral and Boundaries Commission should carry out sustained sensitisation and mobilisation campaigns to reach out to eligible voters to be registered,” he said.

He questioned why the IEBC has only registered about 14.4 million voters, yet records at the Bureau show 26.3 million people have IDs.

He said that out of these 26.3 million, 2.7 million are believed to be dead, according to the Kenya National Bureau of Statistics. This leaves about 23.6 million Kenyans alive with identity cards.

The NRB wants to register and issue IDs to more than two million Kenyans.

The director said in 2012 the government waived fees for both new and duplicate ID applications to facilitate voter registration, hence no Kenyan should be left out of the voters’ list.

The committee co-chaired by senators James Orengo (Siaya) and Kiraitu Murungi (Meru) was also told the IEBC should verify and update data of registered voters in its system.

Kimotho said the electoral agency can make use of NBR’s manual and electronic database because its automated fingerprint identification system matches with data of all applicants and forestalls multiple registration and impersonation.

“In the long-term (post-2017 elections), once the government introduces a multi-purpose electronic identity card, which will support e-government and e-commerce functions, it would be recommended IEBC use the same card for registration and e-voting,” he said.

Murungi asked NRB director to provide a list of constituencies in which people have not been registered as voters despite having IDs.

He also asked Kimotho whether a law can be implemented requiring the arrest and jailing of people with IDs who do not register as voters.

Kimotho further revealed 300,000 IDs have not been collected countrywide, from a total of 600,000 at the beginning of the year.

He proposed the delivery of IDs and enrolment of voters be done concurrently and urged the IEBC to conduct massive voter registration before the 2017 general election.