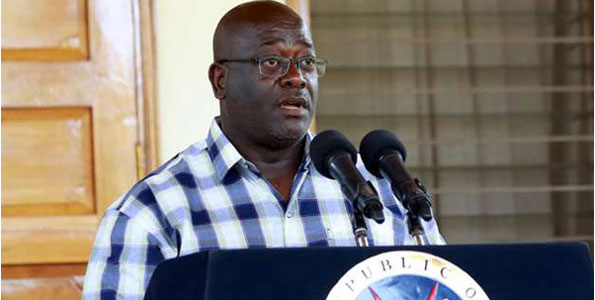 The Kenya government has doubled relief food rations to feed 3 million people, up from an initial 1.3 million under the feeding programme, State House Spokesperson Manoah Esipisu has said.

Mr Esipisu said the government had also enhanced water trucking, especially in the 23 arid and semi arid counties that have adversely been affected by drought.

“We are tackling the drought situation with all efforts available to us, especially under the authority of the National Disaster Response that the President has committed to in terms of how we address the situation,” Mr Esipisu said.

Mr Esipisu made the remarks Sunday at Kakamega State Lodge in western Kenya, where he held his weekly press briefing.

He disclosed that the livestock off take had also been enhanced in all 23 arid and semi arid counties.

“We are buying the cattle as well as procuring goats and sheep. Since body conditions of most of them is not good, the government is slaughtering and giving locals for consumption, and for them to store in traditional ways as dried up meat. We are also supplying this meat to schools in those areas,” he said.

The State House Spokesperson also assured that development partners such as the Red Cross and UN agencies have continued to support the government in targeting specific vulnerable groups, like the elderly, women and children under the age of 5.

“These are being provided with fortified foods. Lactating mothers are also getting fortified foods, including vitamins and energy complements,” the State House Spokesperson said.

The government on February 10 declared the current drought a national disaster.

President Uhuru Kenyatta called on all stakeholders to support the government by upscaling drought mitigation programmes.