Home Eritrea Kelly: Job can be dangerous, but diplomat with Omaha roots is embracing... 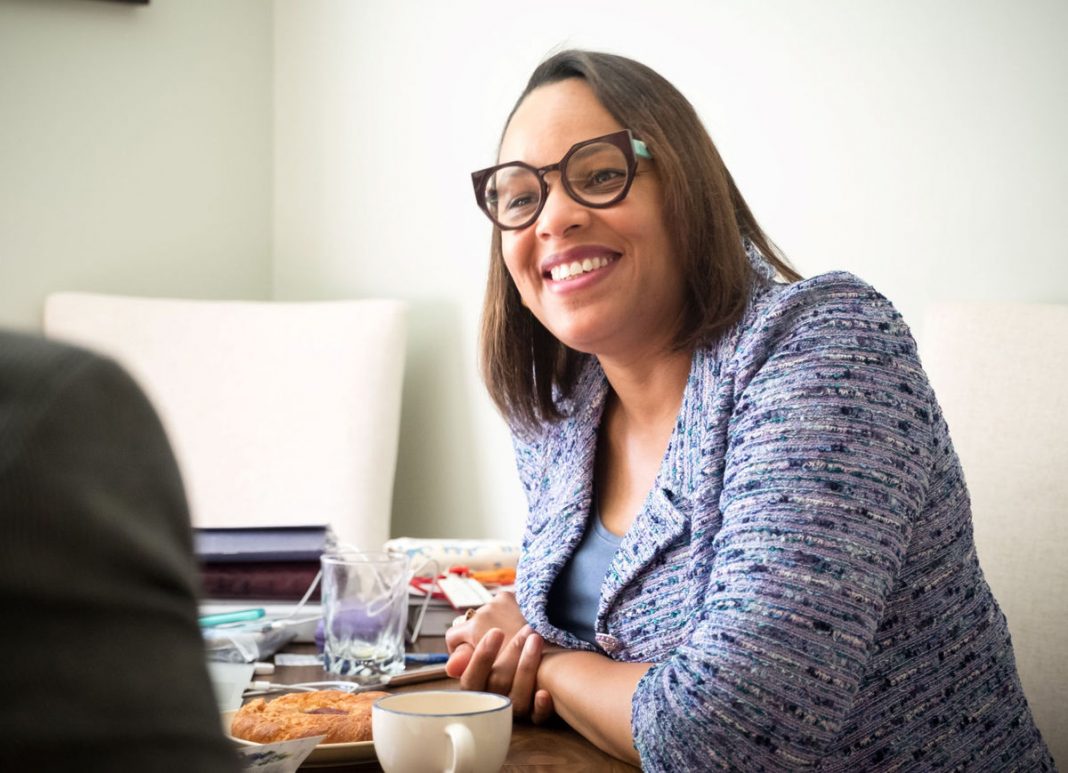 As a 10-year-old visiting the United Nations in New York, Natalie Brown was immediately fascinated — the seed that led her to become a U.S. diplomat.

“Something about that building spoke to me,” said Brown, 49. “The people there, the interpreters and the languages. Something just stayed with me.”

This week the Omaha native — daughter of a late Omaha police officer — began the biggest job in her 26-year career with the foreign service: chief of mission at the U.S. Embassy in the African nation of Eritrea.

It’s the State Department equivalent rank of a one-star general. She loves her career, she says, but it’s not without danger.

On Sept. 14, 2012, three days after the attack that killed the American ambassador and three others at the U.S. Consulate in Benghazi, Libya, Brown was inside the U.S. Embassy in Tunisia when it, too, was attacked.

A mob scaled the perimeter wall and broke into the recreation center and commissary, but didn’t breach the area where 100 American and Tunisian employees of the Embassy worked. Attackers, though, set fire to vehicles in the parking lot — including Brown’s official car — producing much acrid, black smoke.

“Knowing that our colleagues in Benghazi had just died from smoke inhalation,” she said, “that was the one moment I think I got the most frightened.”

Security forces held off the protesters. Brown, the deputy chief of mission, finally was able to leave two hours after midnight.

In an interview last week at the home where she grew up, just off Fontenelle Boulevard, she spoke about her international life. She was visiting her mother and friends in Omaha after a three-year posting in Rome and before her new job in Eritrea, a country of 6.4 million people bordering the Red Sea.

“One of the benefits of being an overseas diplomat,” she said, “is that we explain and demonstrate through our actions American values and what we stand for. I think it’s the greatest job on earth, the opportunity to represent your country.”

Her mother, Betty Ann Brown, a retired supervisor for Western Electric and Avaya, remembers the long-ago family trip to the East Coast, and Natalie’s response. “Omigosh, she was so fascinated with the U.N.”

Also on the trip was older daughter Daryle Glynn Brown, who graduated from the University of Nebraska-Lincoln, became a CNN correspondent and is a writer-producer in Los Angeles television news.

Natalie passed the foreign-service exam and began her career in 1990. Her parents, in their first travel outside the United States, visited her in the West African country of Guinea.

Her dad was ailing, and he urged his wife to visit their daughter at all future postings. Betty has done so in Ethiopia, Kuwait, Jordan, Tunisia, Rome and elsewhere, including stints in the U.S. (On 9/11, Natalie was a duty officer at the State Department, 2 miles from the terrorist plane crash into the Pentagon.)

Eugene died in 1992 at age 63 from complications of multiple sclerosis. A former Golden Gloves champion who also fought professionally, he had served on the Nebraska Athletic Commission and as an inspector at boxing matches.

“He was just a calm and steady presence,” Natalie said, “and I think I inherited that. Since he was a policeman, maybe I learned something from him about crisis management.”

The diplomat said she’s not as outgoing as her mother, but “I may have gotten some fearlessness and a sense of adventure from her.”

In Italy this year, Natalie took skydiving lessons, two tandems and three solos. On the last solo in May, she broke an ankle on landing, which she called “my fault, total user error.”

In Eritrea, she said, she may take lessons in scuba diving. With her dogs, Riko, 11, and Cashmere, 16, she arrived there on Friday, her birthday. The staff welcomed her with a dinner at a restaurant, where she met Eritrean government officials.

In her official State Department video, introducing herself to Eritrea as the new chief of mission — the top U.S. diplomat because there is no ambassador — she diplomatically says her goal is to broaden dialogue “grounded in growth and mutual respect” and to advance democratic values.

In a nod to her middle-American origins, she then smiles and says she hopes to take part in a traditional Eritrean coffee ceremony, “hopefully with popcorn from my home state of Nebraska, the No. 1 producer of popcorn in the United States!”

Lots of people apparently watched the video, because she has been immediately recognized.

“At the airport in Doha,” the 6-foot-tall diplomat wrote in an email, “people were taking pictures of me and asking for selfies. As I’ve been out and about, there’s been a lot of finger pointing. I guess I should enjoy my 15 minutes of fame.”

Her colleagues took her shopping Saturday — market to market for supplies because there is no big grocery store. She also attended an Eritrean Orthodox Church event that features singing, dancing, prayers and skits, and met two large tortoises that call the Embassy compound home.

It’s a long way from her childhood visit to the U.N. headquarters, where she later returned as a State Department official working on Security Council issues and “felt the same sense of awe when I first visited the building.”

Last week in Omaha, Chief of Mission Natalie Brown noted that a foreign-service colleague had described diplomats as “sample Americans.”

She loves that term, she said, and is aware of the impression she gives in her job, especially as “a woman and a minority.”

“I realize that someone may never have met an American until me,” she said, “and I want to give them the best possible example. I’m very conscious of that.”