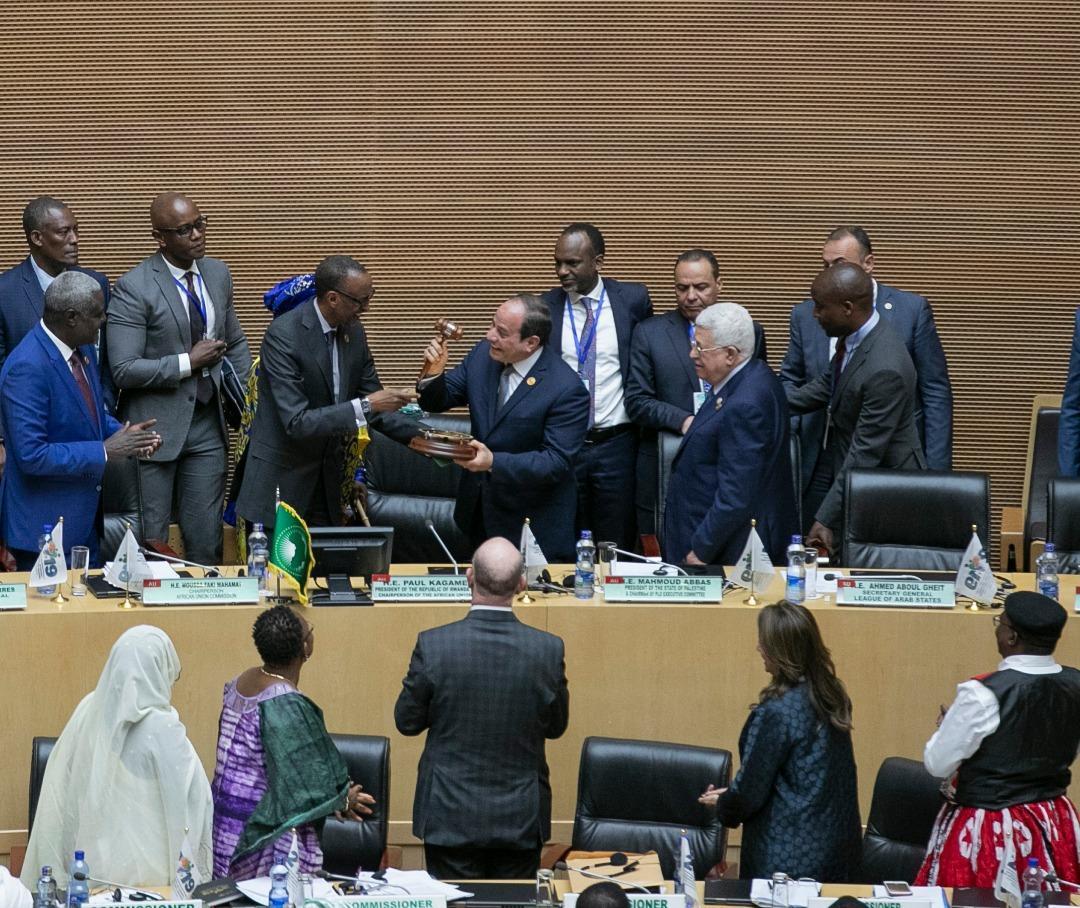 The ceremony was the climax of the 32nd Ordinary Session of the Assembly of the African Union (AU heads of state and government summit in Addis Ababa Ethiopia.

The Egyptian president will work with South Africa’s Cyril Ramaphosa as the first vice-chairman and the DR Congo’ Felix Tshisekedi as the second vice-man.

Niger President Mahamadou Issoufou will also be in the executive, representing West Africa, while East Africa will be represented by President Kagame.

For the Congolese leader, the AU post could not have come at a more appropriate time. He was making his debut at the continental summit just weeks after being installed following a highly disputed election.

The theme for this year’s summit was; Refugees, Returnees and the Internally Displaced Persons: Towards Durable Solutions to Forced Displacement in Africa.

President Kagame expressed confidence that his successor would take the AU to greater heights.

Earlier, the AU Commission Chairman, Chad’s Moussa Faki Mahamat had commended President Kagame’s stewardship of the AU, saying the continent had learnt a lot from his tenure.

The meeting was also addressed by the UN Secretary-General Antonnio Guterress, who noted that though Africa had opened its doors to everyone in need, the same had not been reciprocated by the rest of the world, particularly the more affluent West.

“Africa’s generosity to those in need is unmatched,’’ said the UN chief.

The President of Estonia Kersti Kaljulaid was also in attendance, though she did not address the summit, but was given a chance to wave to the congregation.